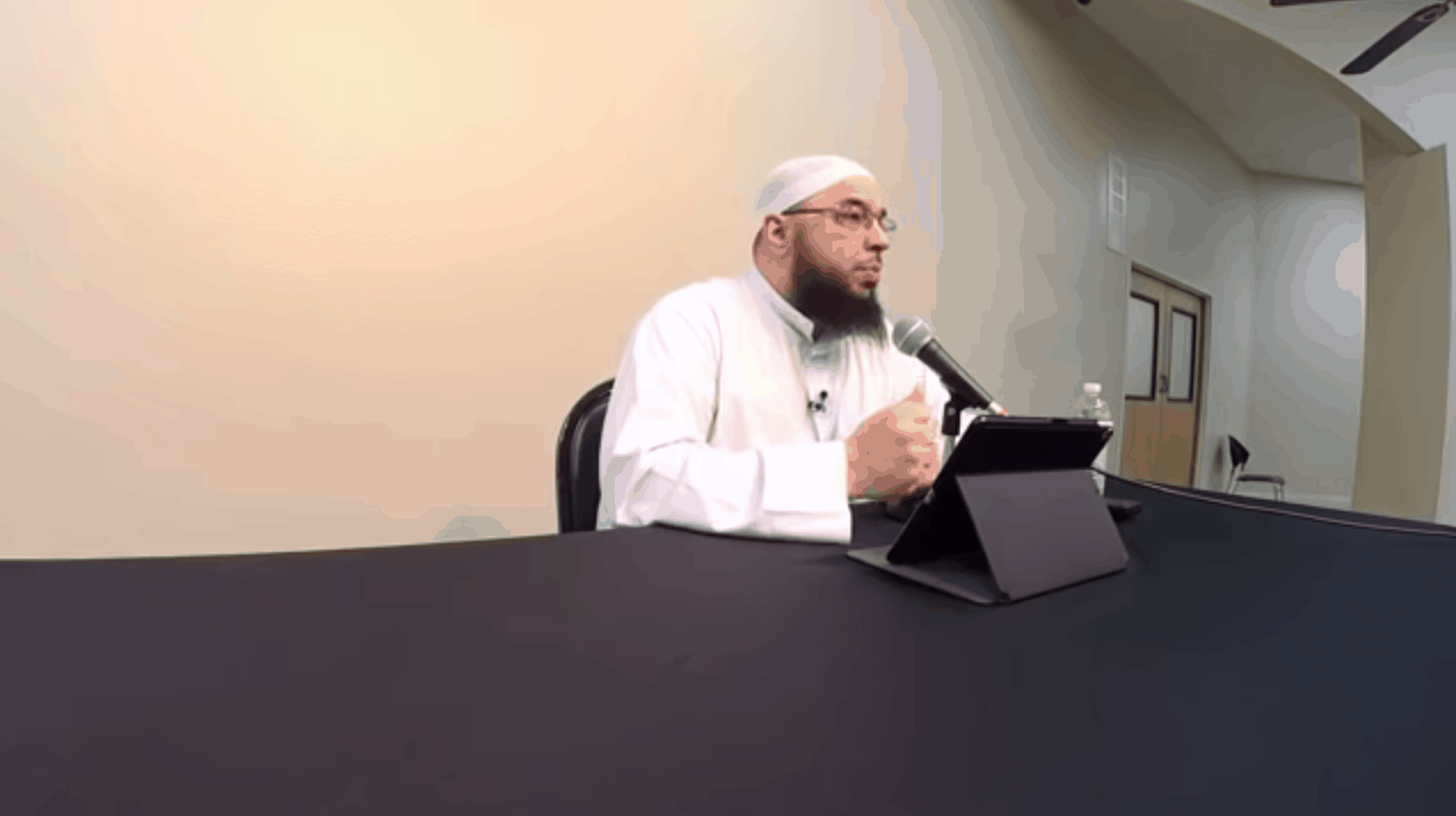 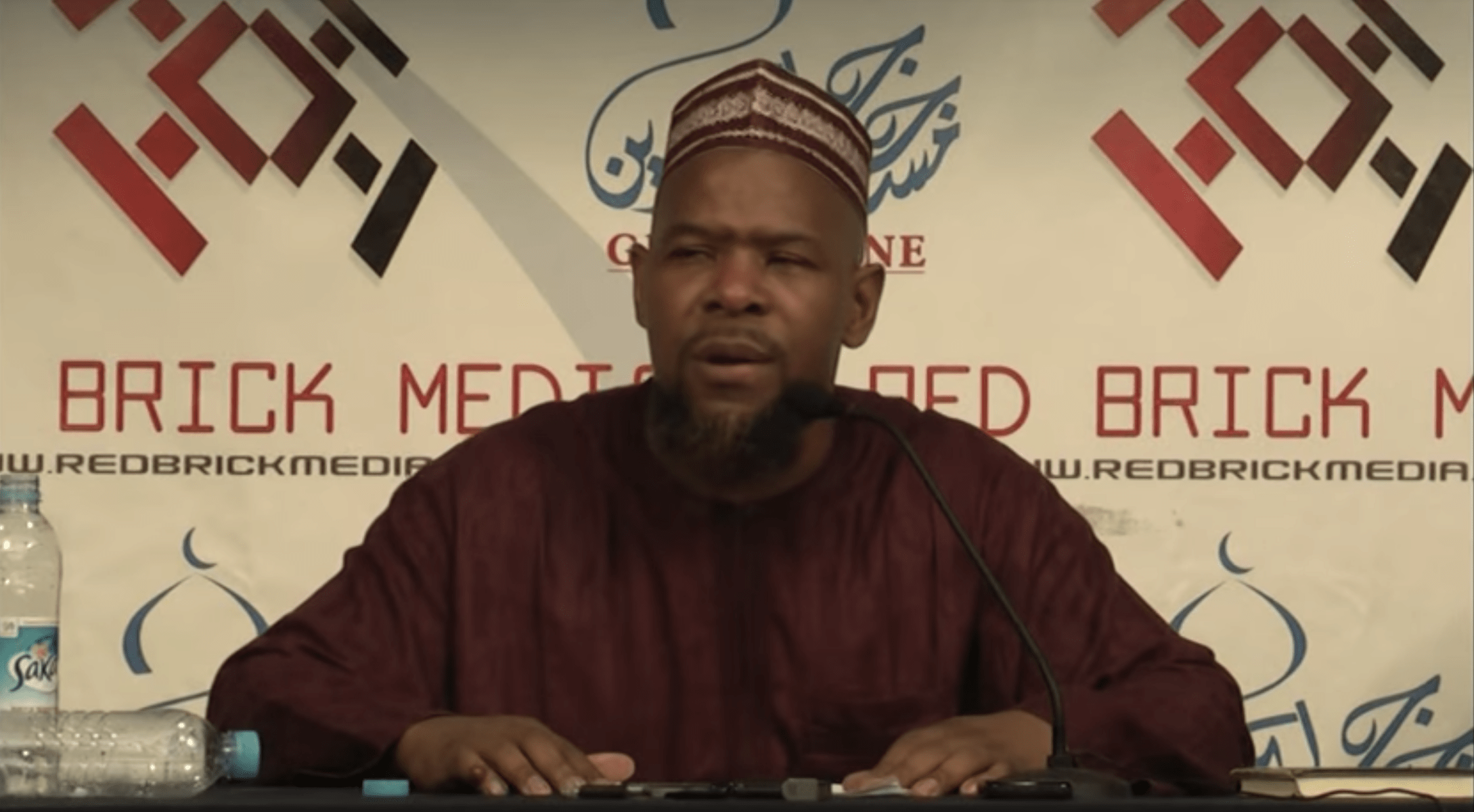 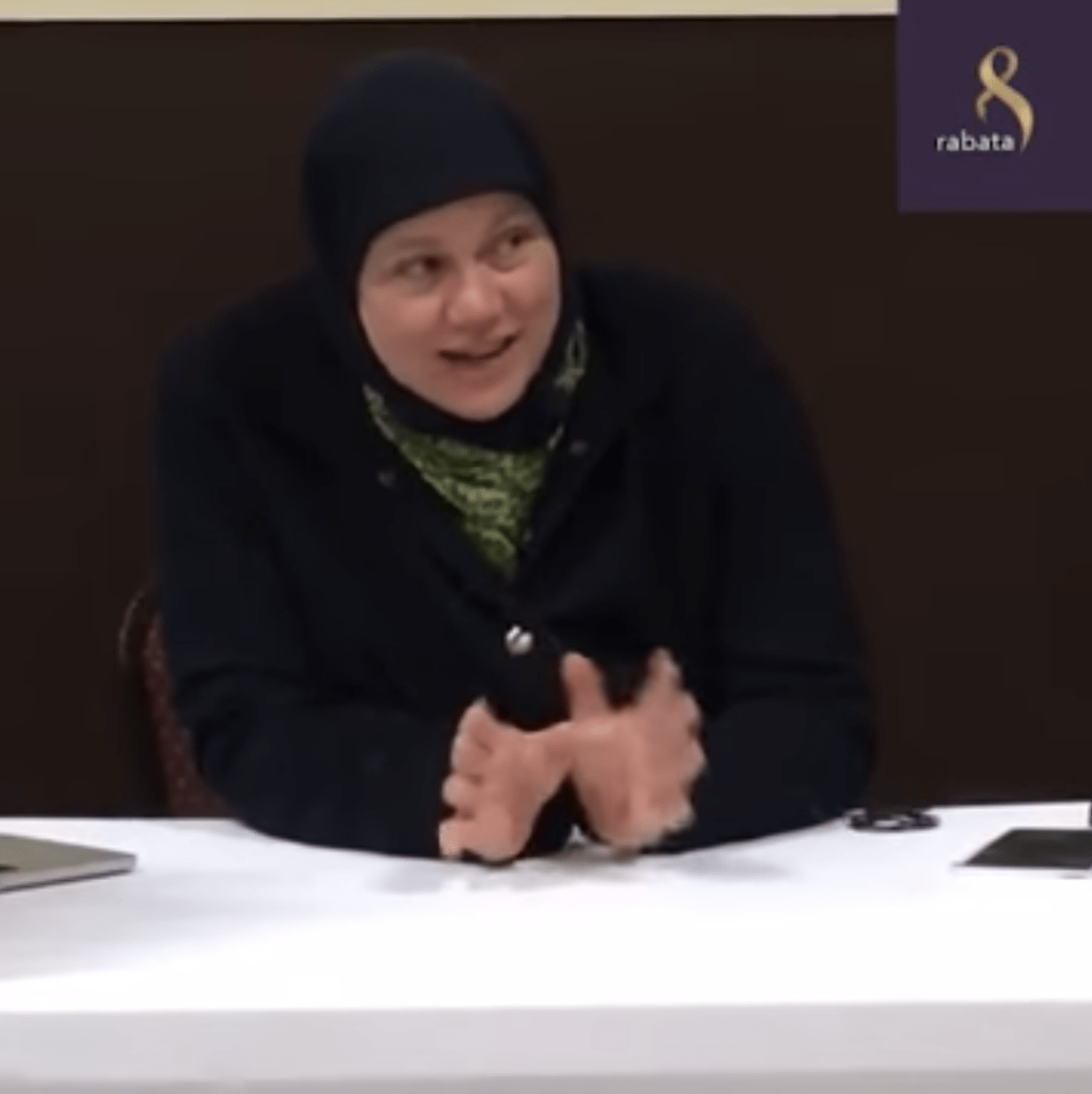 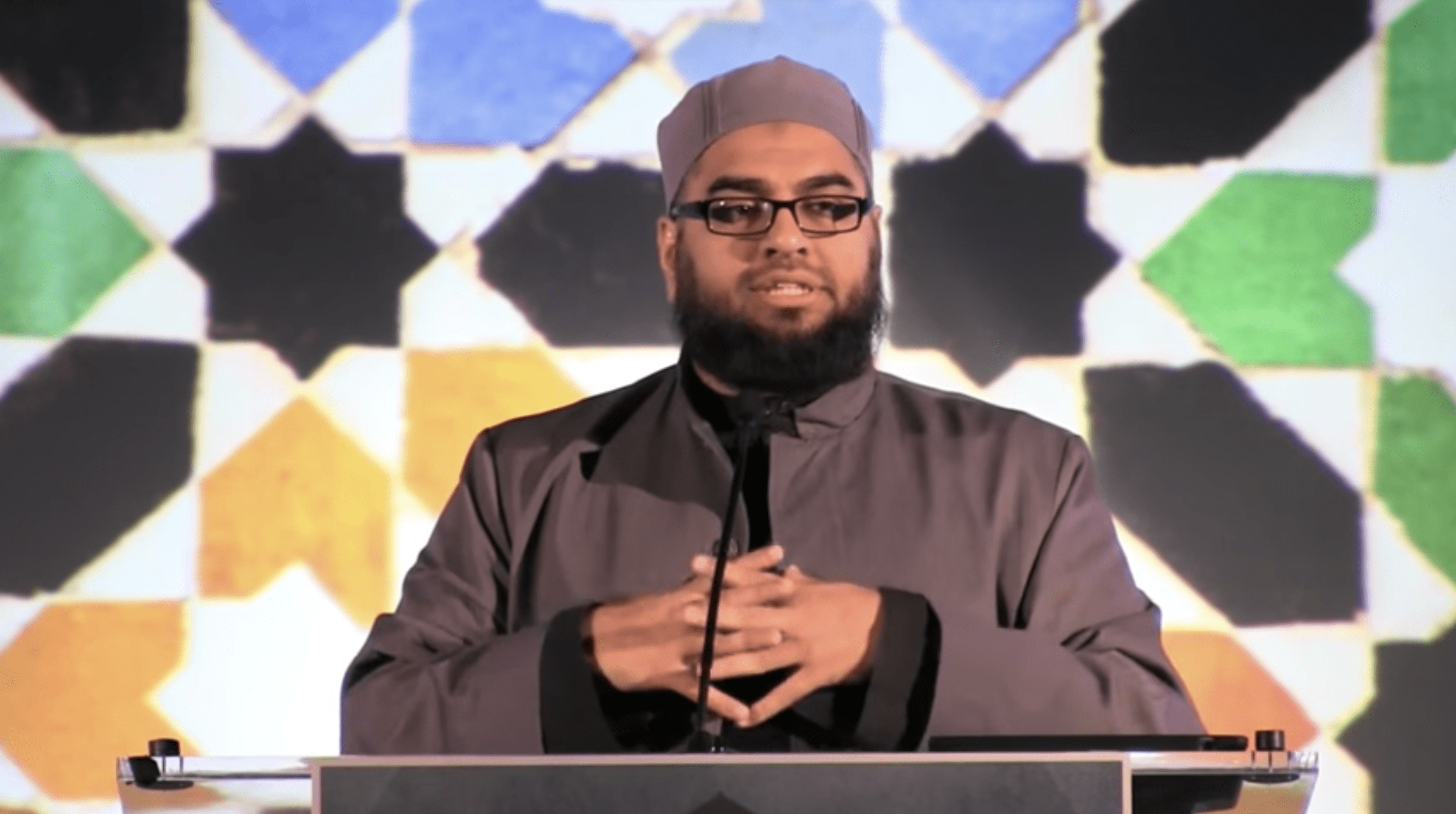 With worldwide chaos and tribulation and increasing attacks on the foundations of religion itself, it is not surprising to hear of a crisis of faith—we may be having doubts ourselves. Is faith naturally congruent with our intellect or does skepticism and introspection erode it? How do we develop strength in our faith that brings us into harmony with the world around us? 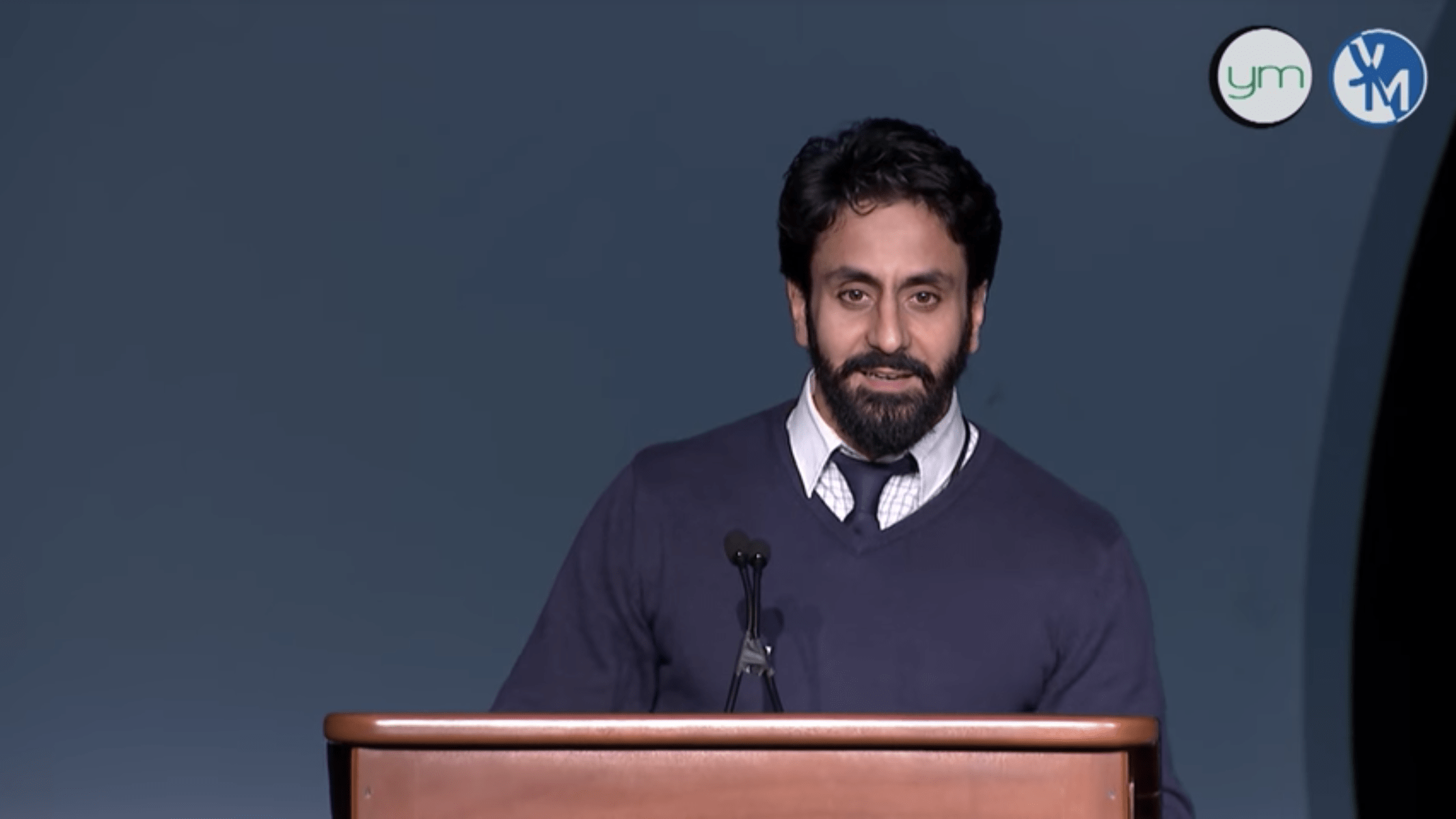 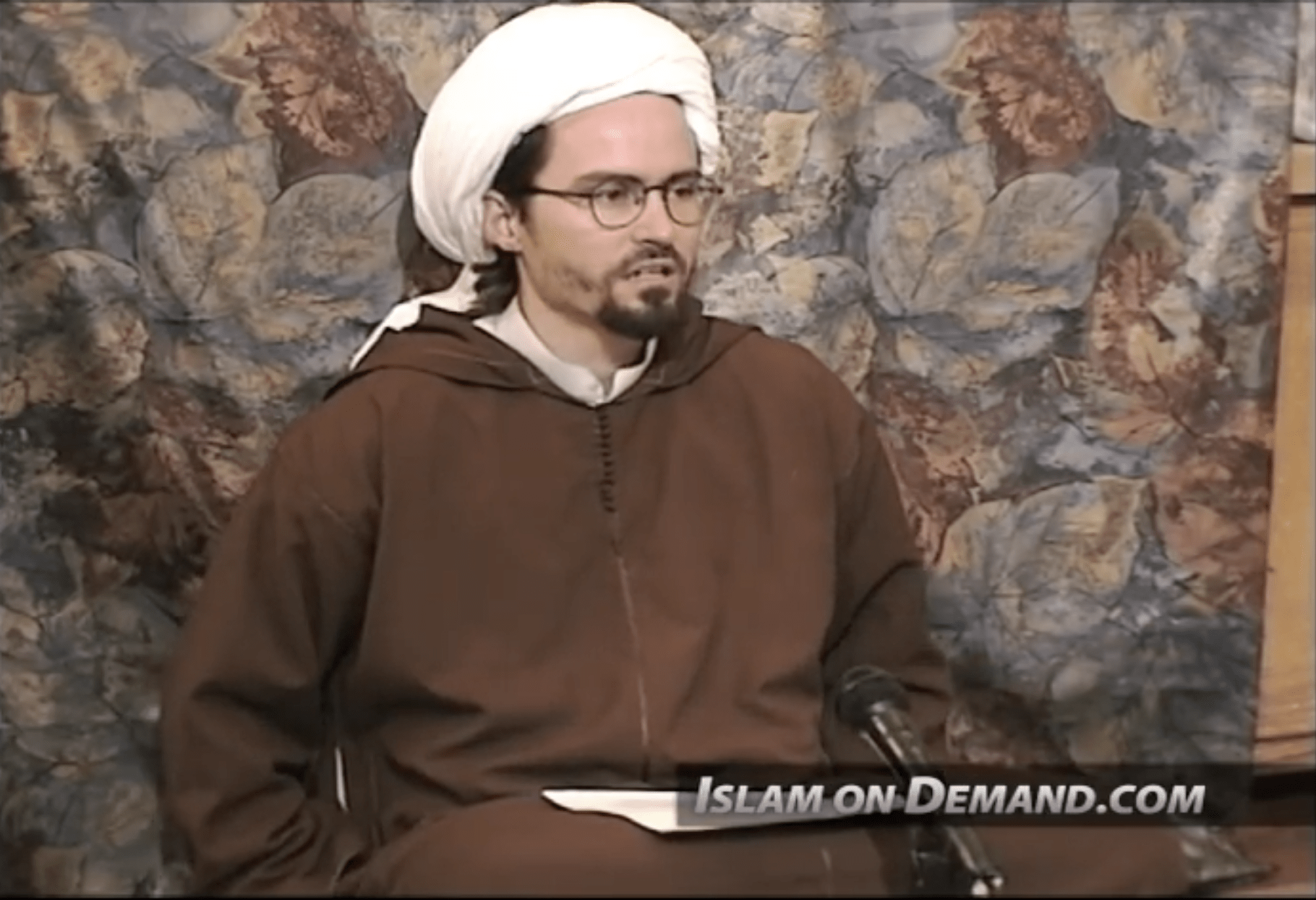 The Science of Shari’ah Hamza Yusuf

Join the halaqa and take part in this discussion about the basic objectives of Islamic law. In the mountains of Northern New Mexico at the world famous Abiquiu Madressah, Hamza Yusuf elaborates on the six elements that shari’ah seeks to preserve in society. Part of the widely popular Deen Intensive program, this session is an opportunity to see a unique side of Imam Hamza within the context of an informal and interactive study group. After a comprehensive look at how shari’ah preserves the deen, this session covers five other areas: the preservation of life, lineage, wealth, intellect and honor. Other topics discussed: religion vs. ritual, the power of superstition, morality, the permissibility of adoption, changing one’s name upon converting to Islam, punishment for theft and adultery, public/private education, and extremism. (Duration: 1 hour, 47 min)

Who was Bilal ibn Rabah? As the country celebrates Black History Month, and Bilal: A New Breed of Hero, hits theaters all around, we look into the full biography of a man who has inspired millions with his unshakeable faith and determination. 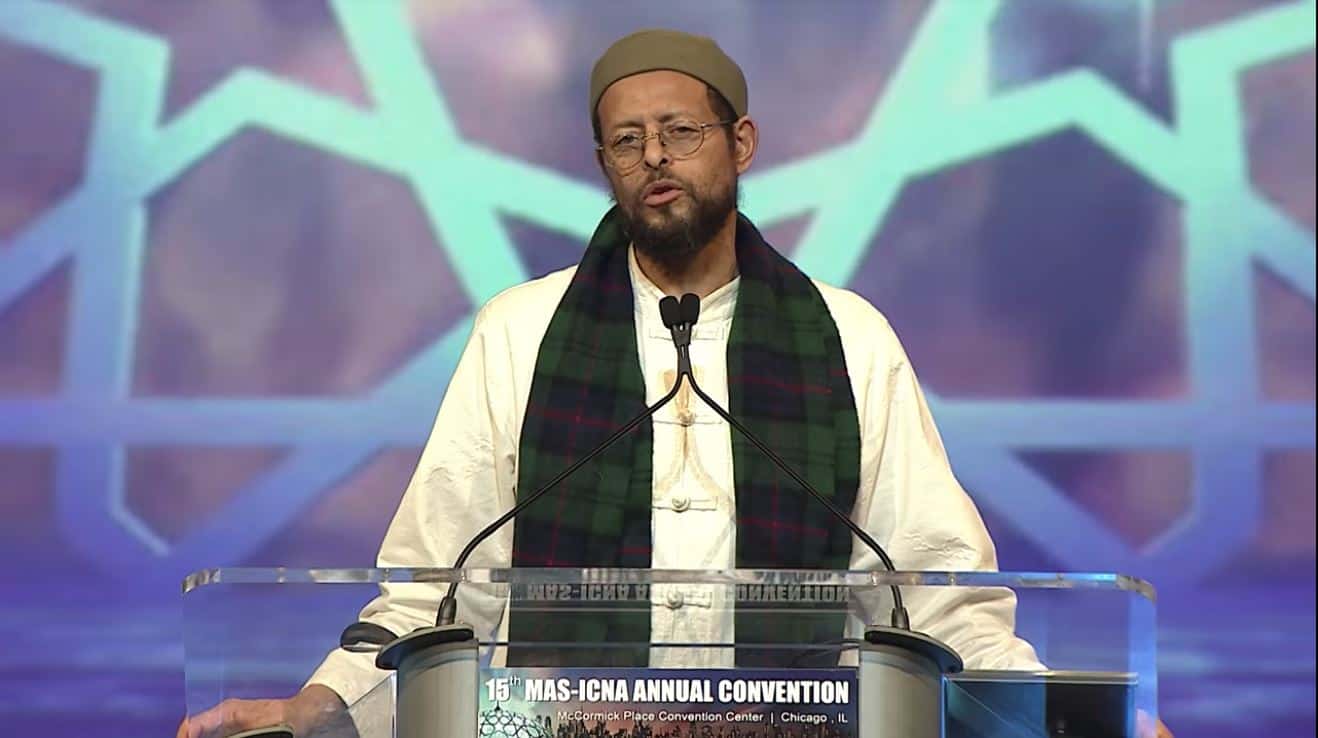 Being a Muslim doesn’t mean you only do the rituals and forget about those around you. Islam is about living your life in a way that also leads to the betterment of society. One way to increase your spirituality is through standing up for justice. The Prophet is our example of someone who practiced spiritual development through civic engagement. 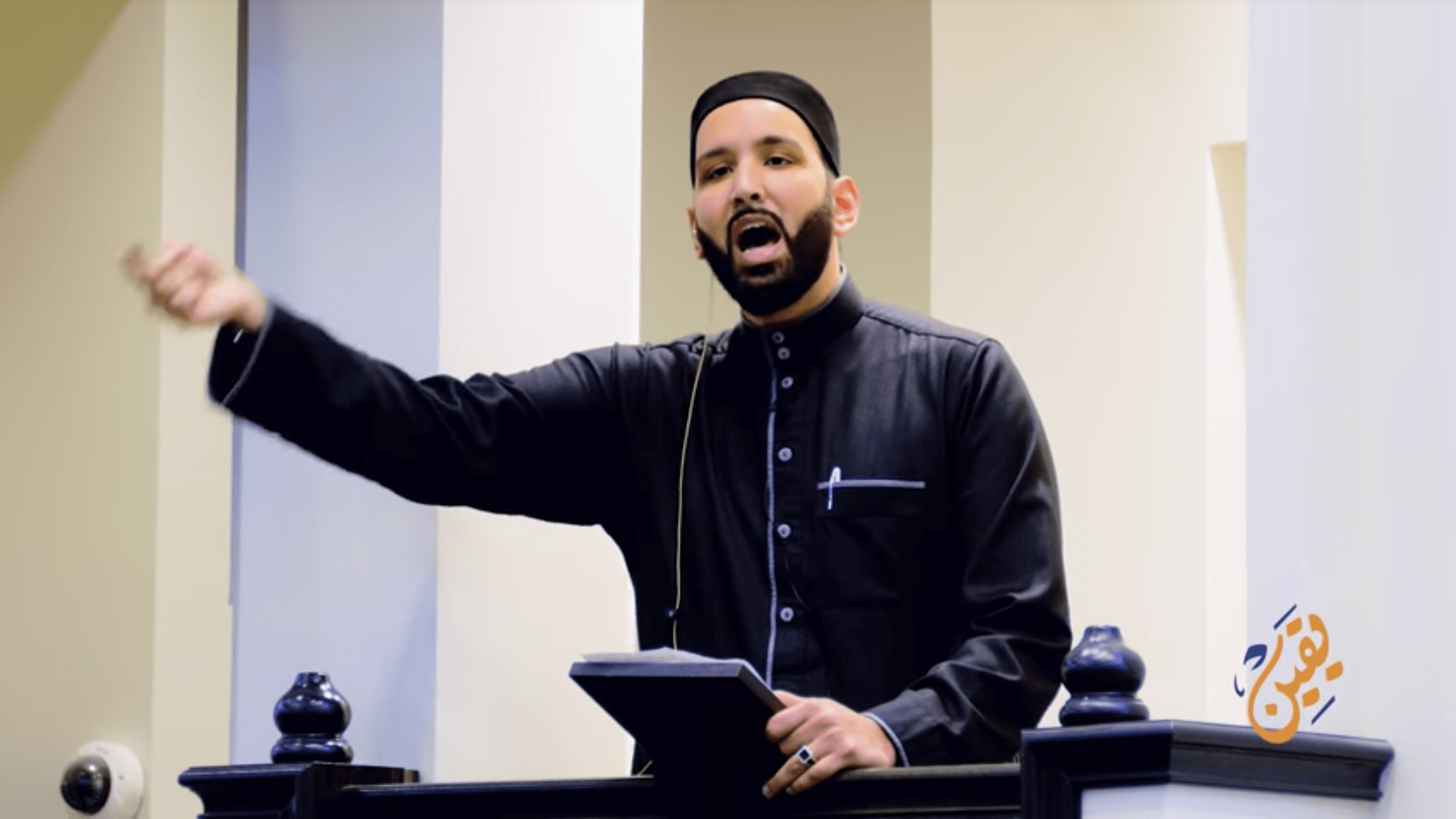 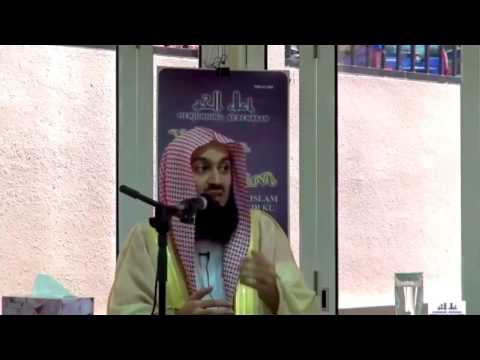 Special lecture by Mufti Ismail ibn Musa Menk (May Allah protect him) entitled “Concept Of Godhood & Lesson On Matters Of Aqeedah” on the 21st of February 2012. 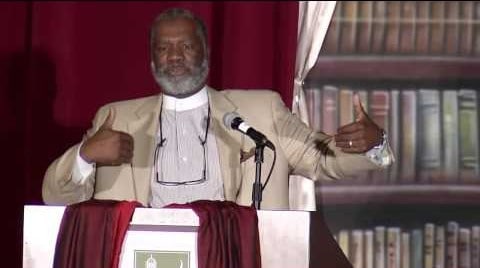 Sherman Jackson of the University of Southern California delivers a lecture entitled, “Whither the Modern Muslim: Negotiating Creed, Theology, & Spirituality”. From the Zaytuna conference, Reclaiming Our Faith: Negotiating Modern Theological Fault Lines held in Anaheim, California on May 25, 2013. 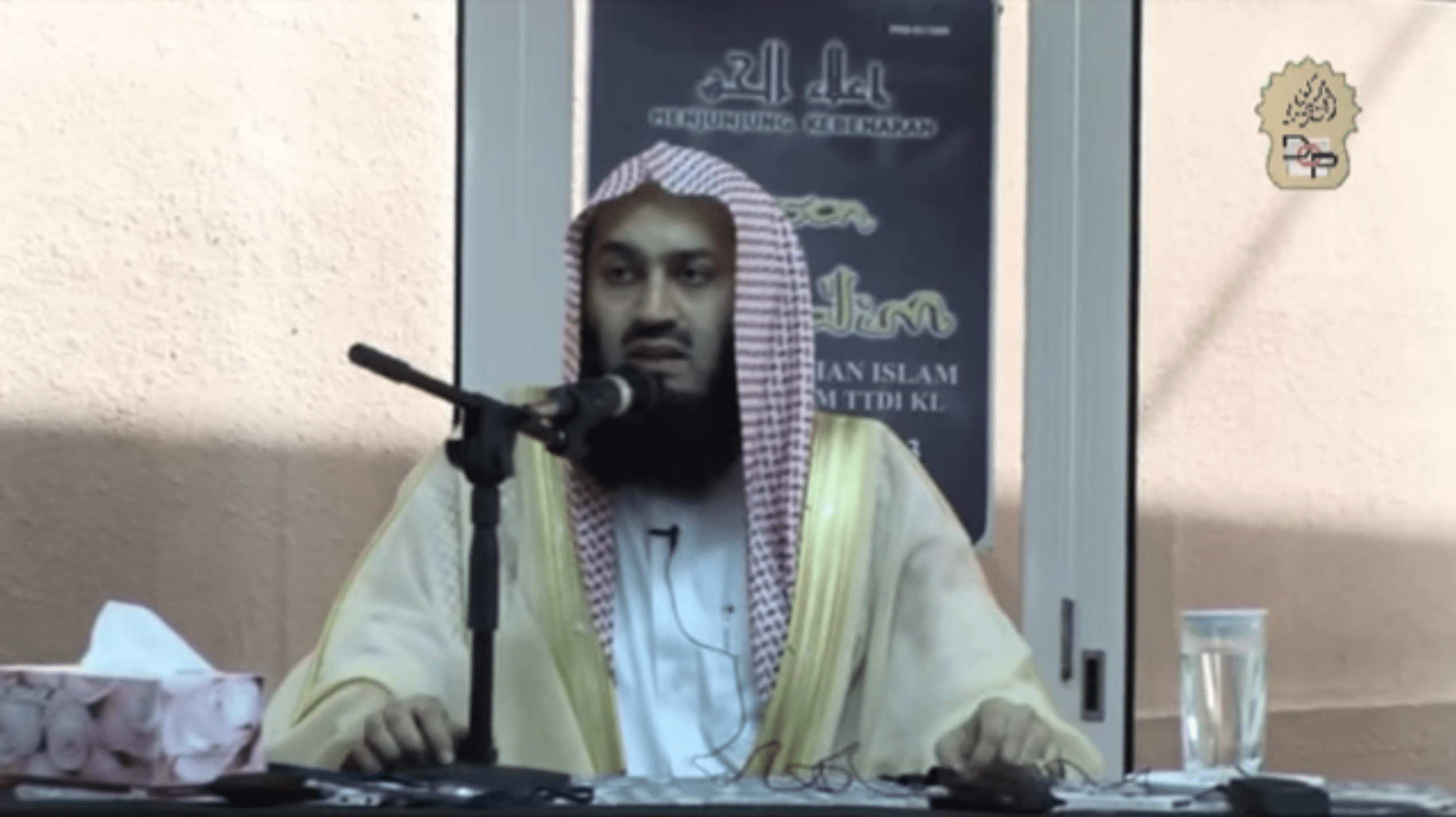 The Names and Attributes of Allah Yasir Qadhi 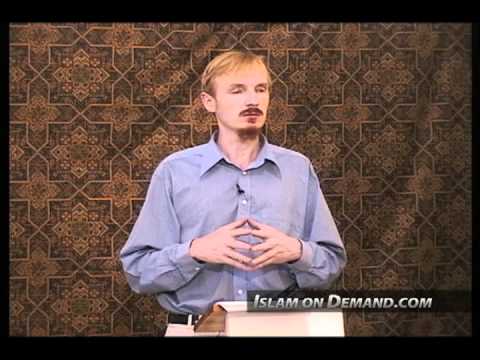 After thoroughly addressing the first dimension of Islam in his first four lectures of this series, Abdal Hakim uniquely explores the final two dimensions in Islam of iman and ihsan. This talk, which consists of two parts, is another highly intellectual discourse about a vast religious science. The speaker begins by providing a historical background in an effort to identify the processes that brought this science about. This lecture effectively paints a colorful picture of the nature of the spiritual life in Islam and examines its foundation. What does the Qur’an say about these two types of higher knowledges, imam and ihsan? How does the Muslim come to know God if He cannot be seen? And what about the early Islamic controversies of free will vs. predestination and the existence or “problem” of evil? How does Islam answer the age-old philosophical questions of why the world exists and what the purpose of life is? (Recorded at the Dar al Islam Teachers’ Institute seminar). Other topics discussed: Emanuel Kant, the 99 names of God, the film “Barakah”, the volition of God to create the universe, heedlessness, thikr (meditation or contemplation), and the absence of symbols for God in Islam. 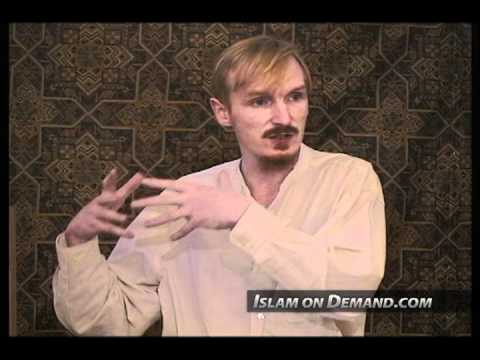 The first in a series of classroom-style lectures held at the world famous Abiquiu Madressa in New Mexico. The primary objective of this series was to educate non-Muslim teachers about the fundamental Islamic beliefs and practices within the context of an interactive and intensive spiritual retreat. In introducing this ambitious topic, Abdal Hakim Murad, a lecturer in theology at Cambridge University in England, asks two very engaging questions: What happens when you try to grasp the meaning and reality of another faith and why is Islam worth studying? After providing a more than adequate answer, he proceeds on to the much anticipated overview of the five pillars of Islam. Murad provides a highly intellectual perspective that is useful for non-Muslims as well as Muslims. (Recorded at the Dar al Islam Teachers’ Institute seminar). Other topics discussed: Islamic “clergy”, humility in studying another religion, the modern Muslim resurgence, Islamic “fundamentalism”, “Muhammadanism”, the Hadith of Gabriel, the idea of original sin, mosque architecture, and wudu (ablution).

An in-depth exploration into the concept of “iman” (or faith) in Islam, and its application and implication for human beings in general and for those who call themselves Muslims. This near three-hour session is an intense survey of the human condition in the world today and what the human being must believe, from the Islamic perspective, in order to have hope for security and peace in this life and the hereafter. These objects of belief, which are known as the “articles of faith” in Islam, are what’s at the core of this highly stimulating lecture. These six articles are: belief in the one God, the revealed books, the prophets and messengers, the angels, predestination, and the Day of Judgment. An amazing session that also makes many comparisons to the Judeo-Christian understanding of God’s imminence, salvation, and other very relevant issues pertaining to faith. (Recorded at the Dar al Islam Teachers’ Institute seminar). Other topics discussed: the fitrah (the natural desire to believe in one God), the human intellect, faith vs. disbelief, deja-vu, heedlessness, the transcendence and imminence of God, negation and affirmation within the human psyche, the nafs (the commanding self, the regretful self, and the peaceful self), the philosophical problem of evil in the world, Salmon Rushdie and capital punishment, the five objectives of the Islamic law, inheritance laws, homosexuality, the desire for massive stimulation, the stages of life, the after-death experience, God’s mercy and wrath, suicide, slandering prophets, and Muslim countries today implementing Islamic law. 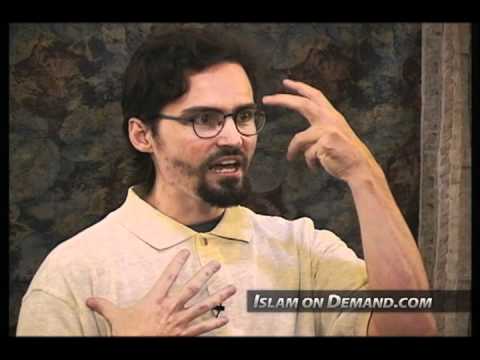 A unique look at how the Islamic tradition articulates itself, irrespective of how it has been practiced by its people. In a strategic and tactful manner, Hamza Yusuf makes clear the whole concept of “islam” by analyzing the profound meaning of the word as it is explained in the Holy Qur’an. He then moves into a descriptive examination of the Islamic teaching by thoroughly explaining the fundamental practices of Islam: prayer, zakat (obligatory alms-giving), fasting, and hajj (the pilgrimage to Mecca). These series of lectures have been immensely popular due, in large part, to the atmosphere created by the classroom-style format and the interaction and engagement by the speaker with the non-Muslim audience. (Recorded at the Dar al Islam Teachers’ Institute seminar). Other topics discussed: the meanings of “surah” and “ayat”, submitting when death comes, religion as self-deception, development and discipline of children, the four seasons as a metaphor for the cosmology of life, determining the prayer times using the sun, women in the mosque, women in the home, wudu (ablution), why pork is forbidden, want vs. need, envy, obeying the laws of the land in which you live, revolution in Islam, symbols in Islam, and going to extremes in practice.

The Reality of the Testification of Faith Yahya Rhodus

One Life to Live Said Rageah

Yasir Qadhi – The Path of Allah or the Paths of Allah? A Survey of Classical and Medieval Interpretations of Salvific Exclusivity

Tawheed with a side order of Shirk Tawfique Chowdhury

The Names and Attributes of Allah Safi Khan

A lecture given by Abu Ammar Yasir Qadhi at the University of Bath, UK on Friday, 2nd May 2008. 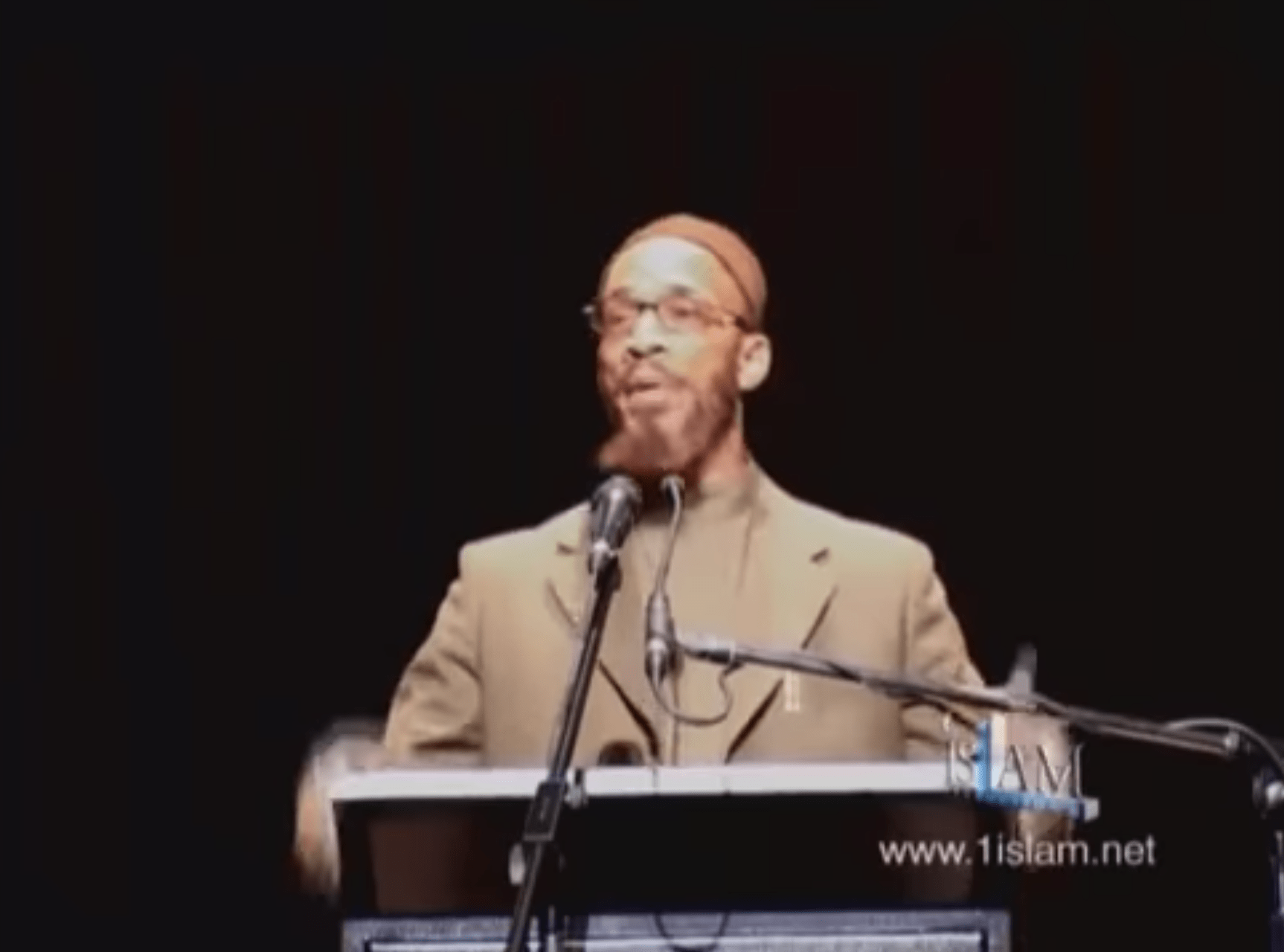 What is the Purpose of Life? Khalid Yasin

What Is The Purpose of Life? Why are we here and where are we going? Through the verses of the Holy Qur’an, Shaykh Khalid Yasin expounds upon the creation of the universe and this amazing world we live in – and how it came to be. With his logical style of argument, the Shaykh answers these questions with much wisdom.