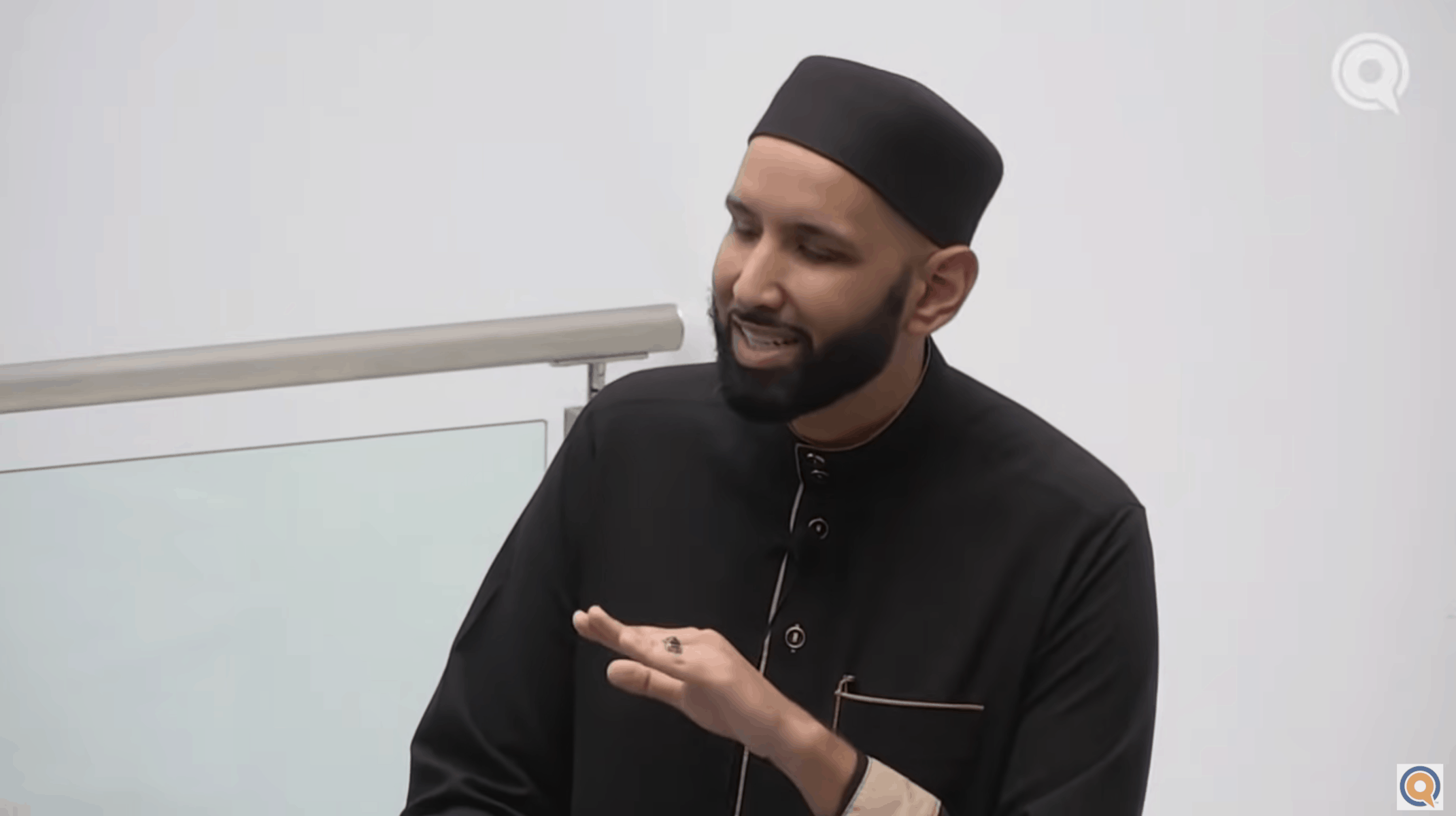 In divorce, the dissolution of a business relationship, a dispute between friends, or in retaliation, the true test of the character of a believer is often in hard times.

Shaykh AbdulBary Yahya reminds us the importance of having taqwa everywhere we are. No matter where we go we should always have taqwa. What is taqwa and how can we always have it at all times? 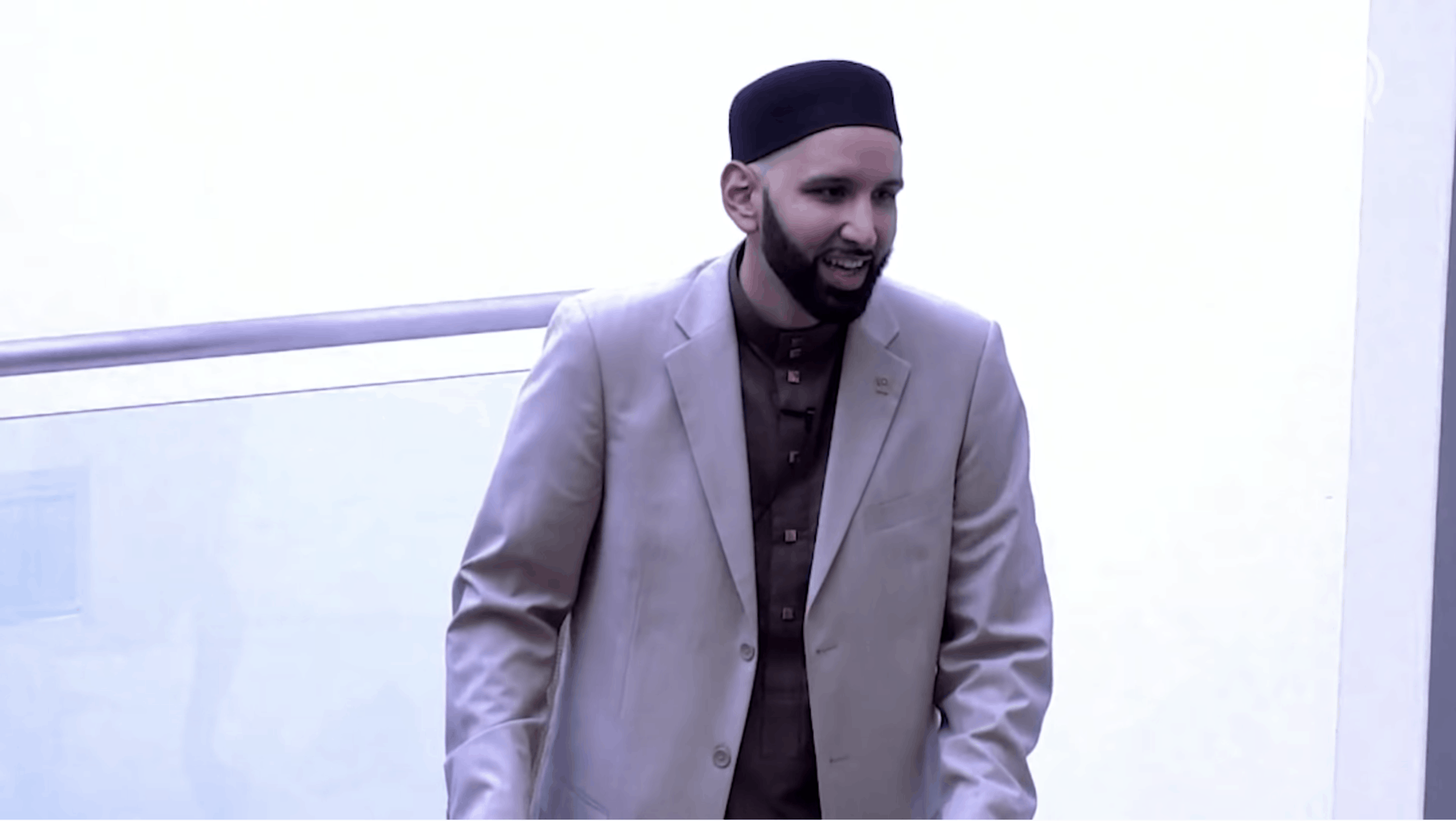 Allah has given us different senses and different ways in which we perceive things, and odor has a persuasion that is stronger than our other senses. Sh. Omar Suleiman talks about the spiritual and physical implications of smell. 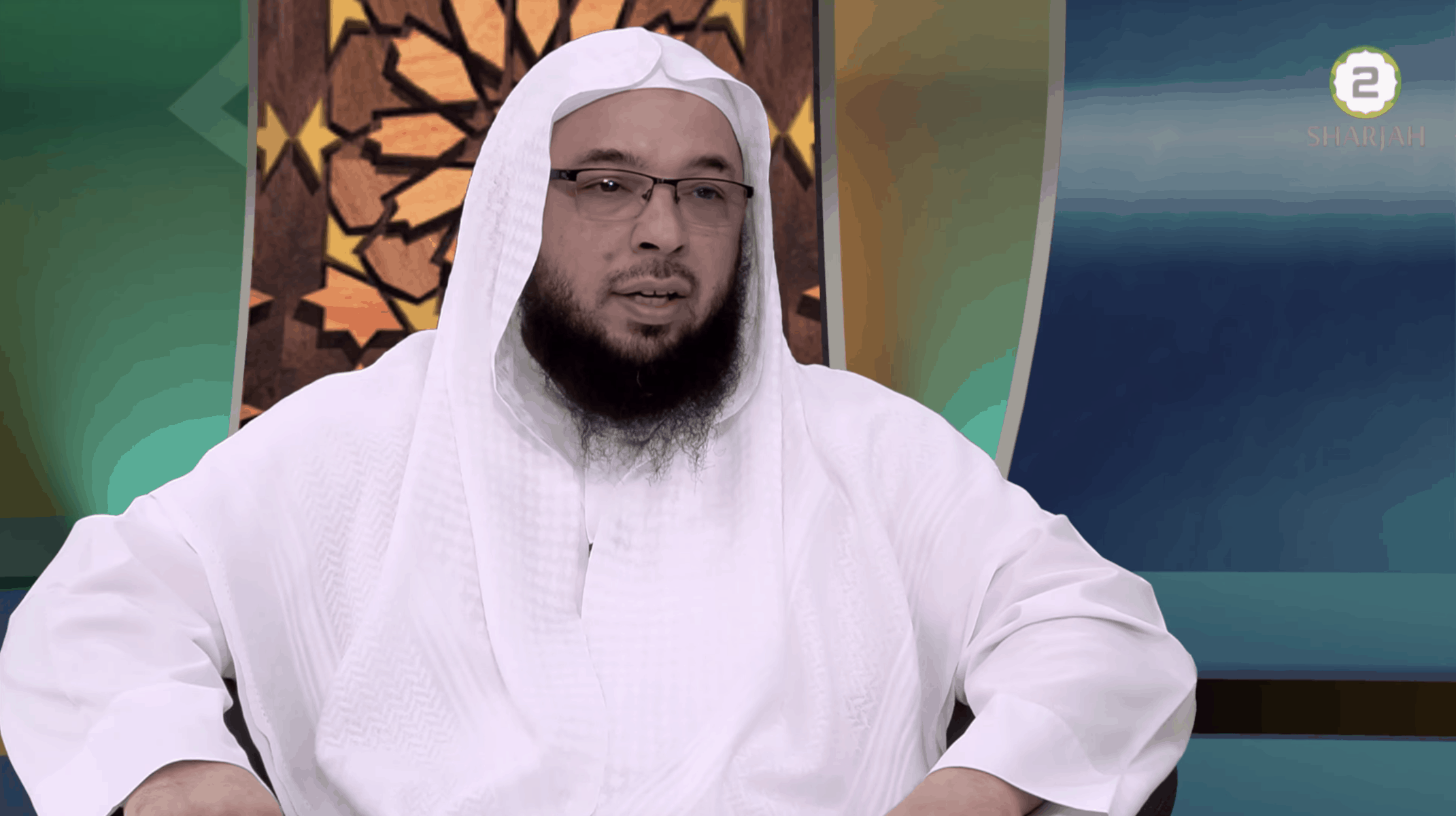 Shaykh Tahir Wyatt talks about the importance of looking at our words and actions within our own lives on a talk show. 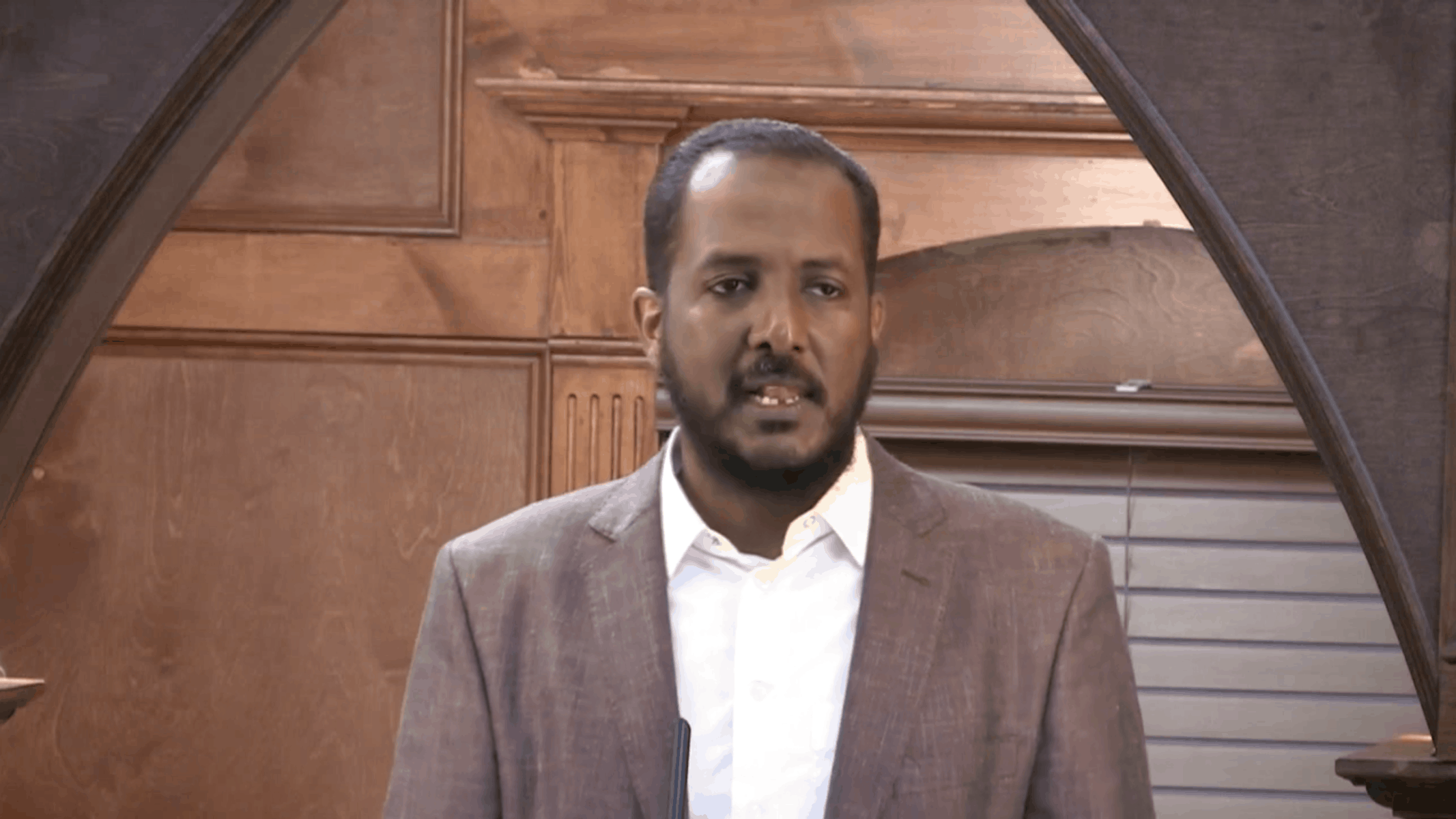 In this video, Shaykh Mohammed Faqih covers the important topic of Ikhlas (sincerity), as his very first khutbah as the new imam of Memphis Islamic Center. Date of presentation: July 19, 2019 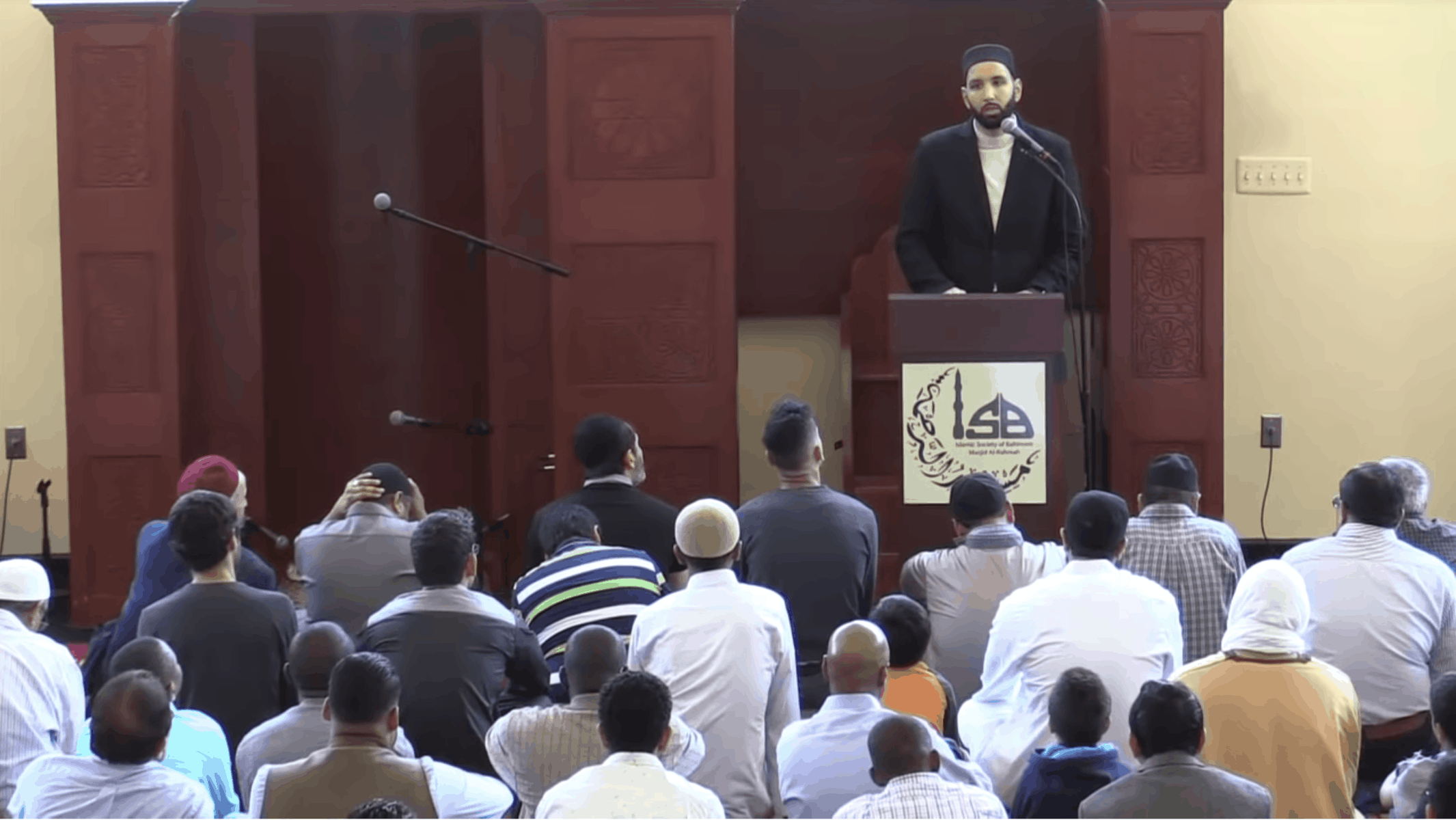 Imam Omar Suleiman reminds us to speak good or to remain silent and to assume the best of others for fear of saying something inaccurate or wrong. 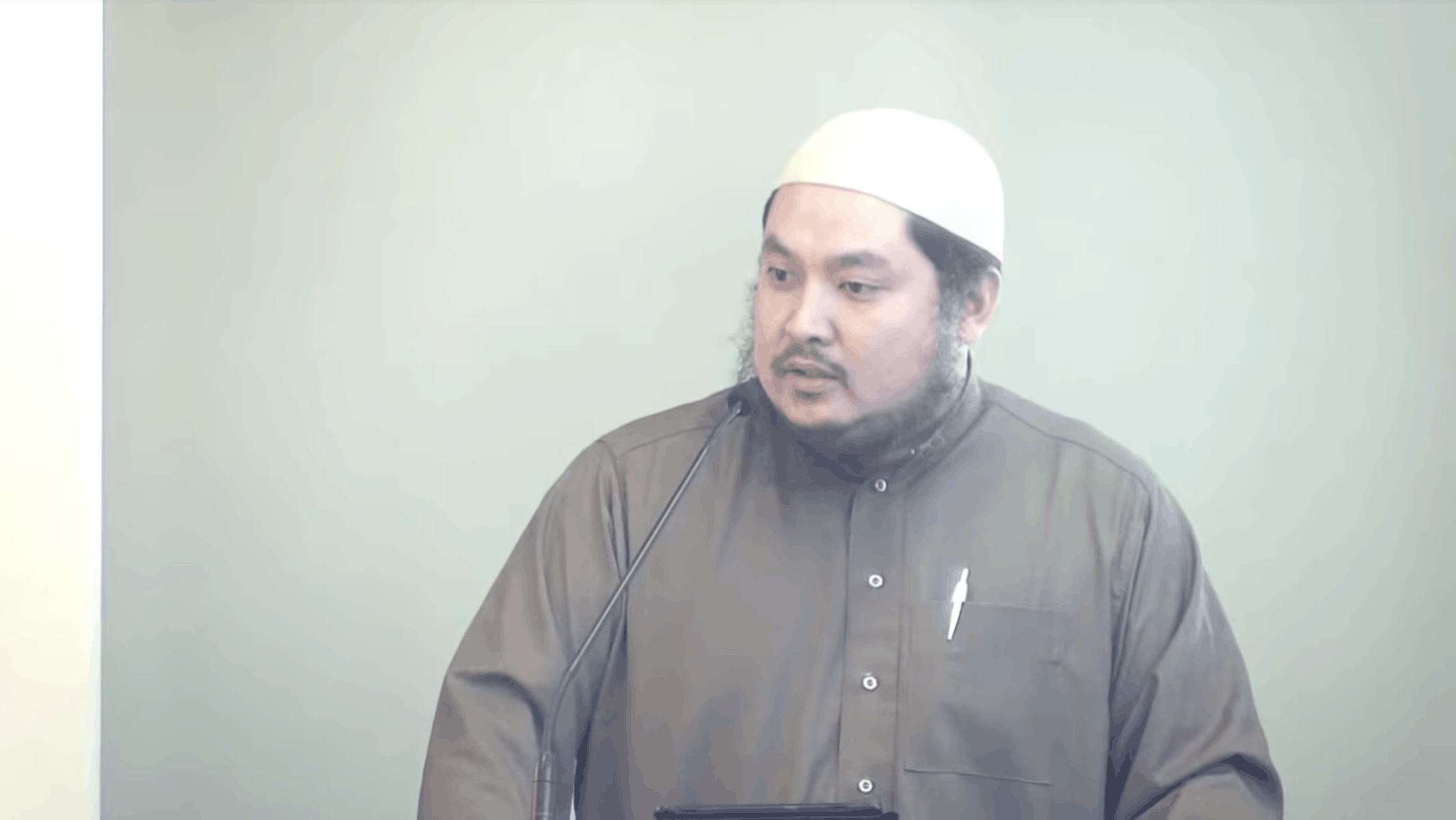 We are the best of nations, but are we living up to it? Are we the best worker at our jobs? The best neighbors in our neighborhoods? The best students? The best people? We can’t be ordinary. We must be extraordinary! 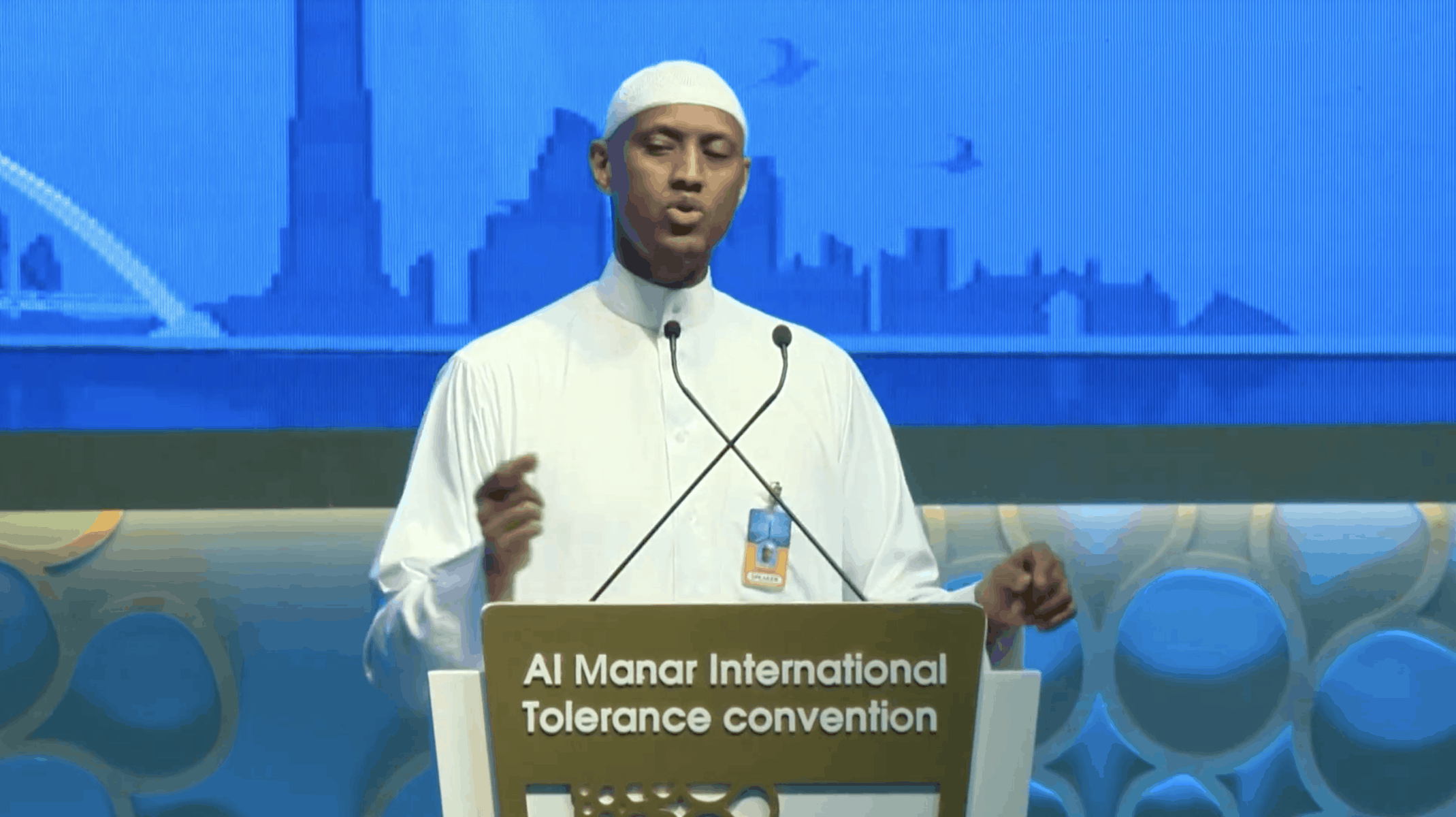 “I am to my servant what he thinks of me.”

What does Allah say about keeping promises? What happens to the one who keeps their promise? What about the one who breaks it?

Narcissism and the Delusion of Having Much Abdur-Rahman ibn Yusuf

Mufti Abdur-Rahman discusses the problem with people who think they have it all. 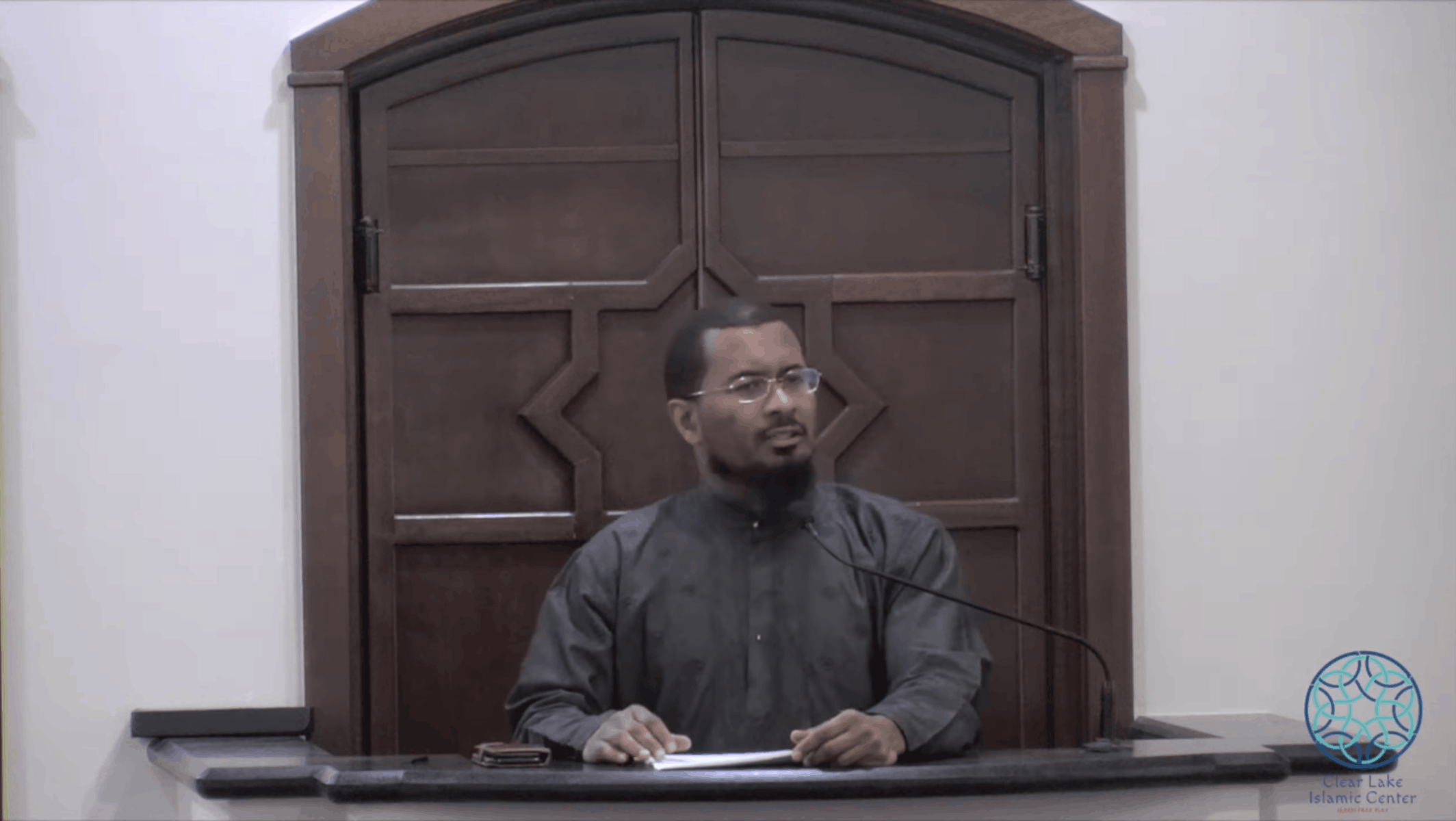 Shaykh Kamal El Mekki delivers a khutbah on lying. He discusses why people lie, and how to overcome lying. He also discusses how we teach our children to lie and how to prevent this. 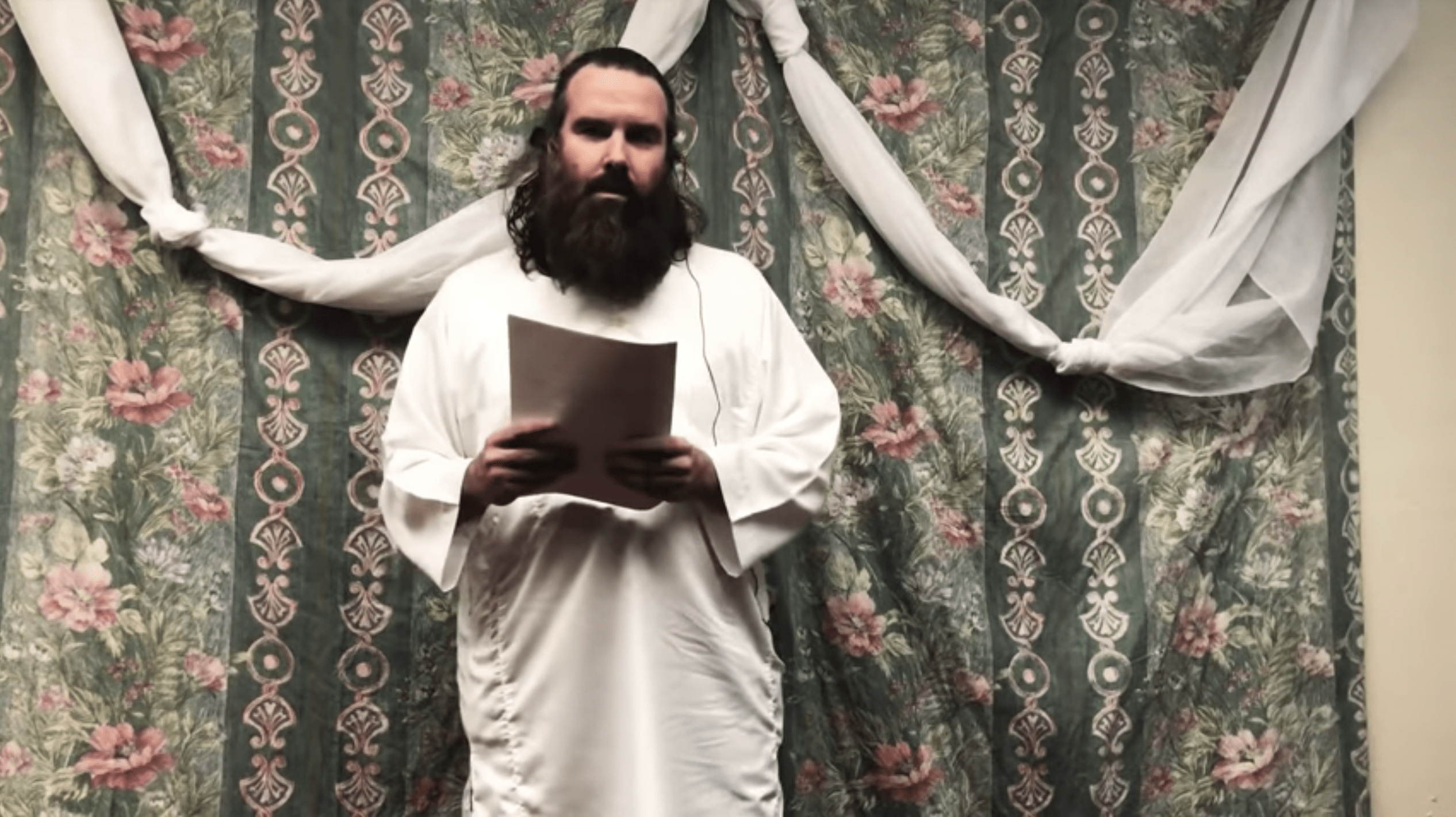 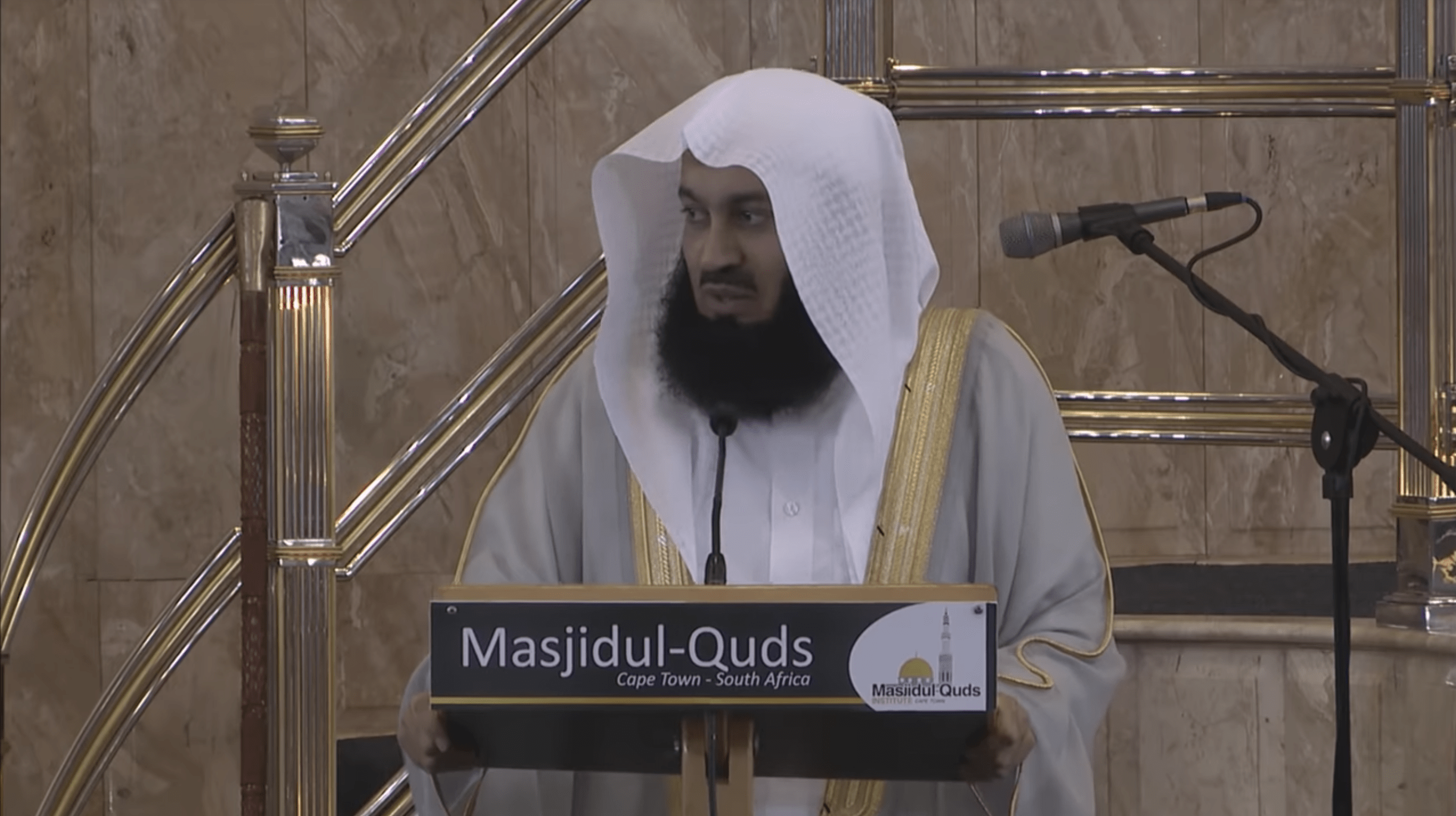 When things happen in our lives we general react in a specific way. The way we react is most often related to how we have been taught to react. How did the Prophet (s) react? What was his way of reacting to events in his life? Mufti Menk explains. 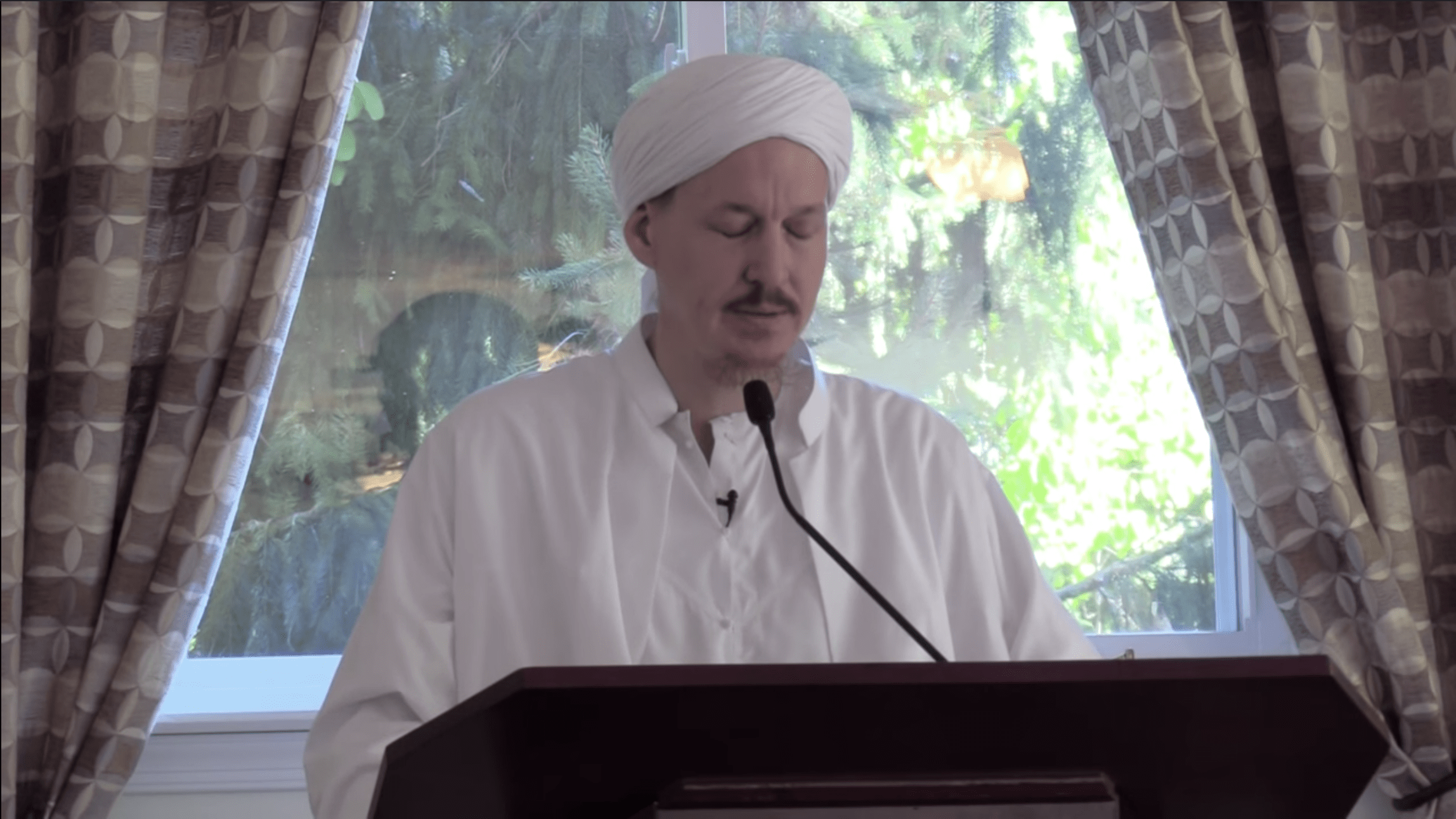 This khutba takes a look at 10 signs of good character mentioned in the commentary of Imam al-Munawi. They are:
1. Rarely engaging in arguments
2. Treaty people fairly
3. Not seeking out people’s faults/mistakes
4. Thinking best of what appears from people’s mistakes
5. Seeking people’s forgiveness
6. Bearing harm from others
7. Reproaching one’s self
8. Focusing on one’s own faults
9. Having a cheerful presence
10. Speaking well 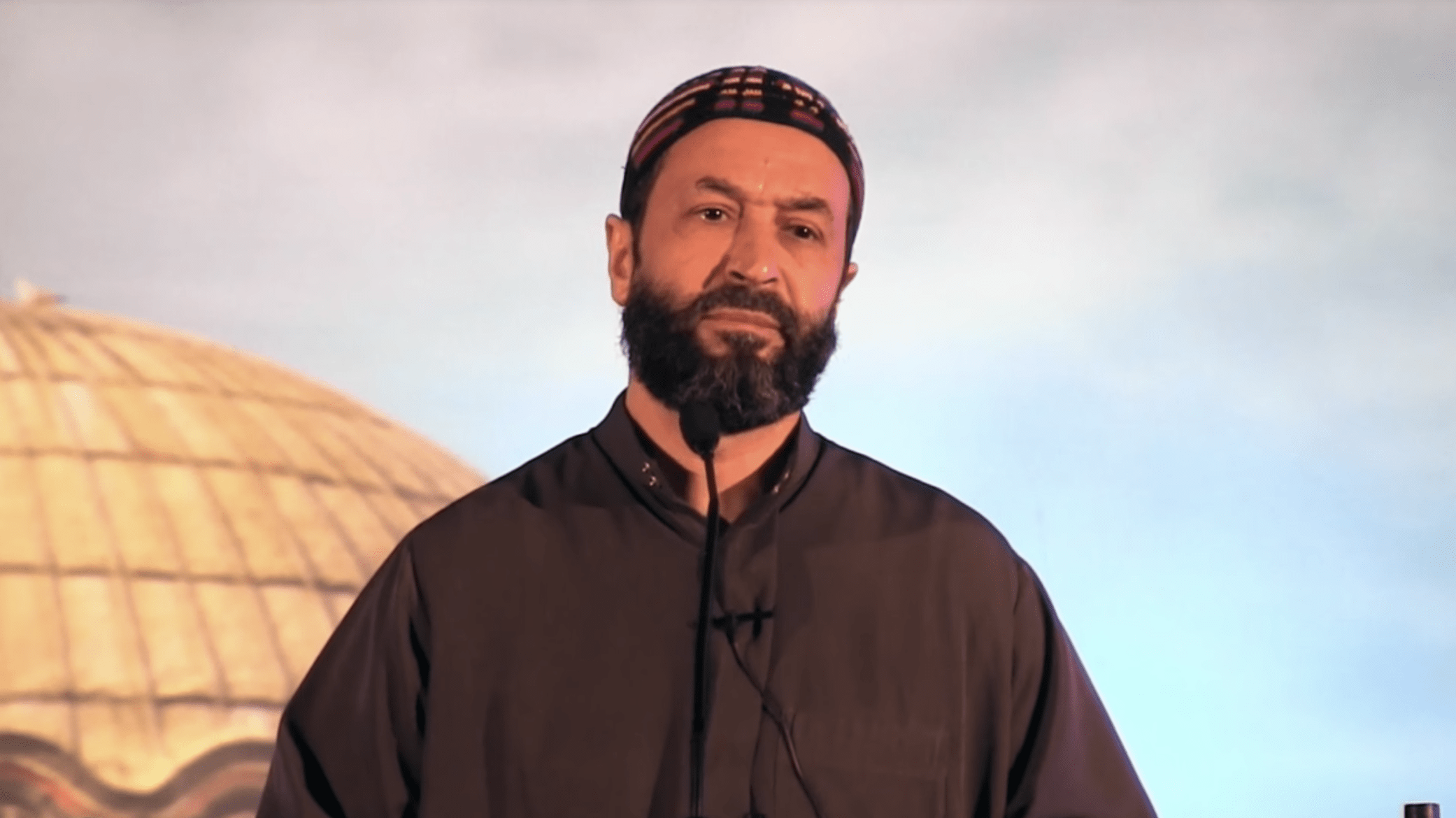 Developing the Character of the Qur’an Mokhtar Maghraoui

More radiant than the full moon, the Messenger of God was the embodiment of the Qur’anic message, a “walking Qur’an” that illuminated a world mired in spiritual darkness. Previous Muslim civilizations recognized the values derived from his spiritual grace, incorporating these principles in their everyday world. How can we reinvigorate our communities moving forward to be paragons of Prophetic virtue and excellence yet again? 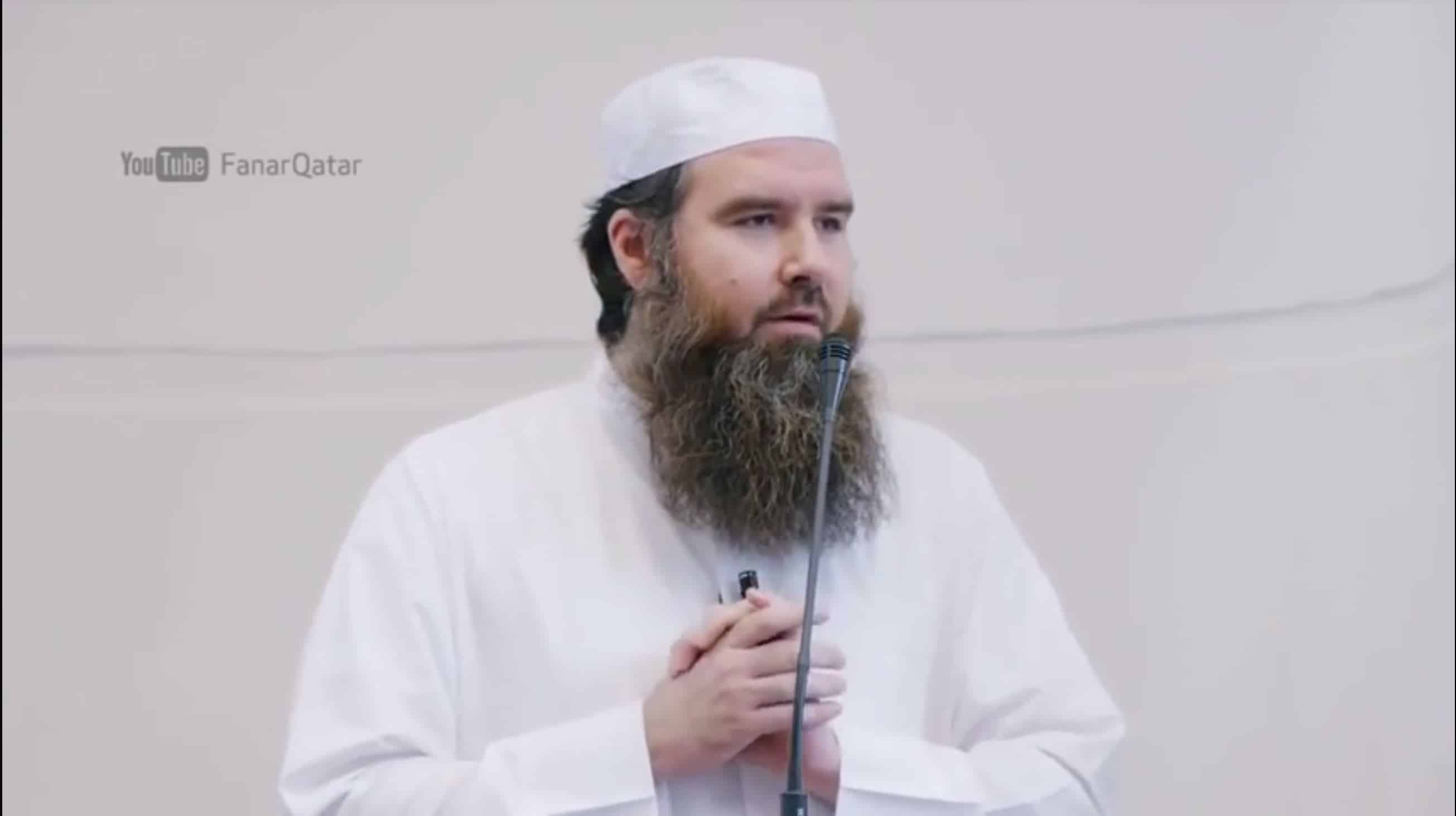 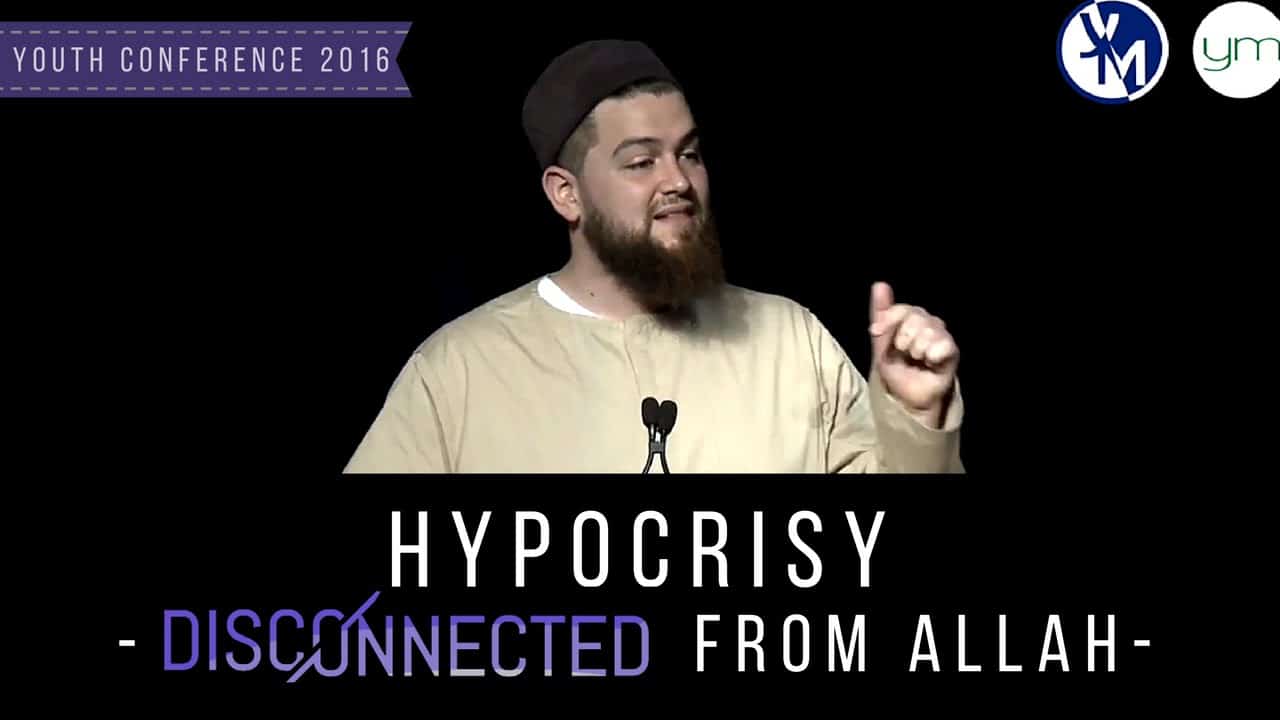 With the rise of advanced technology and communication, we have found ourselves in a state where we spend a lot of our time engaging in idle talk. This has opened doors to a lot of different influences coming together, making slander and gossip much more commonplace. Apathy towards the consequences of these sins has contributed to the greater prevalence of hypocrisy among the youth. We now see people carelessly advising others without sincere intentions, preaching without practicing, calling each other “hypocrites”, and backbiting others without being aware of the heavy repercussions. The fear of being hypocritical has disappeared from the hearts of the people today, whereas during the time of the Prophet PBUH, that fear was always present among the companions. 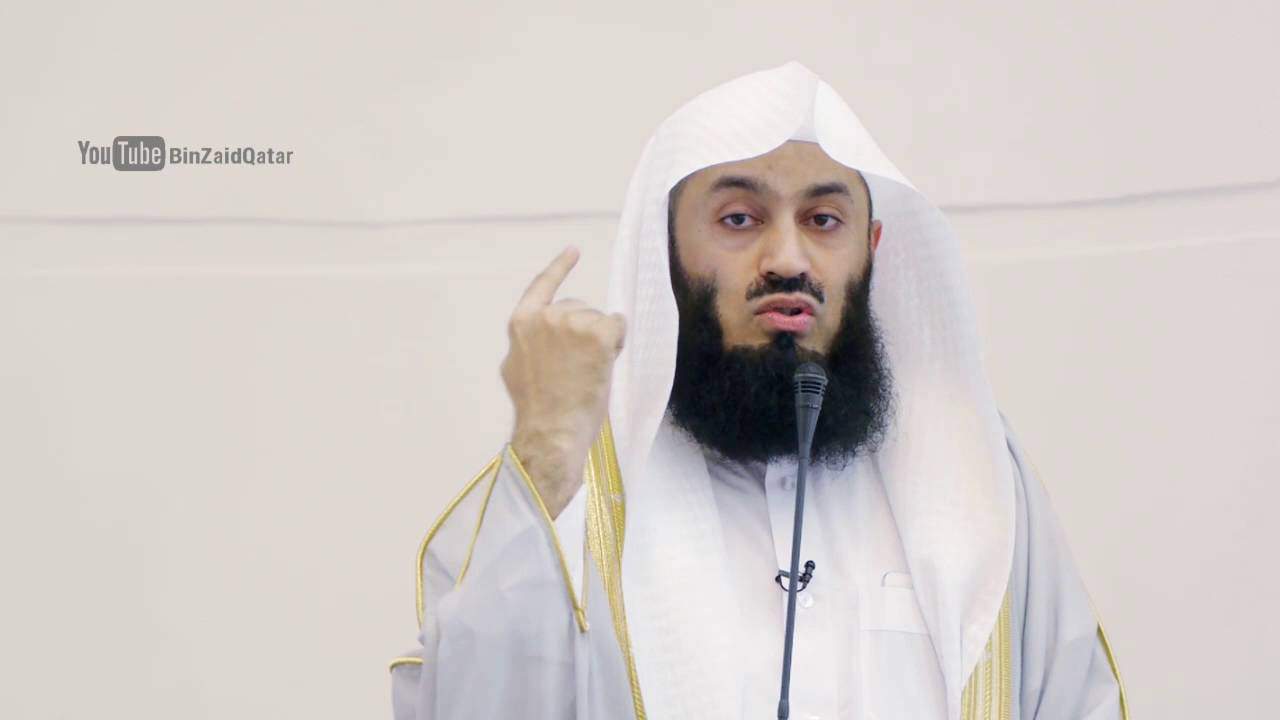 We all have bad habits, but what do we do about them? How do we stop it? Mufti Menk gives us tips and advice on how to deal with this. 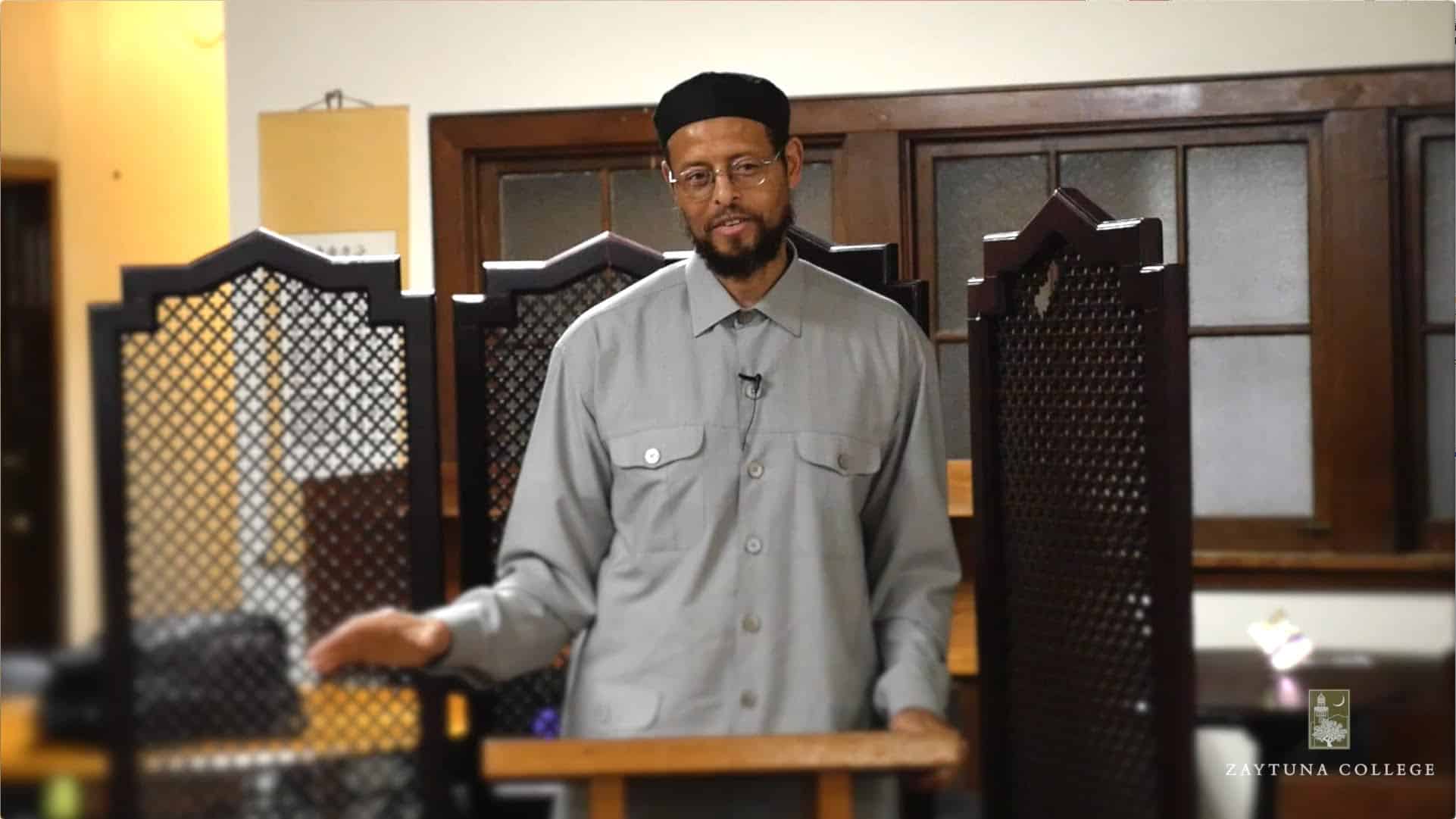 Imam Zaid Shakir discusses the various different types of people who helped the Prophet (s) in the early days of Islam. 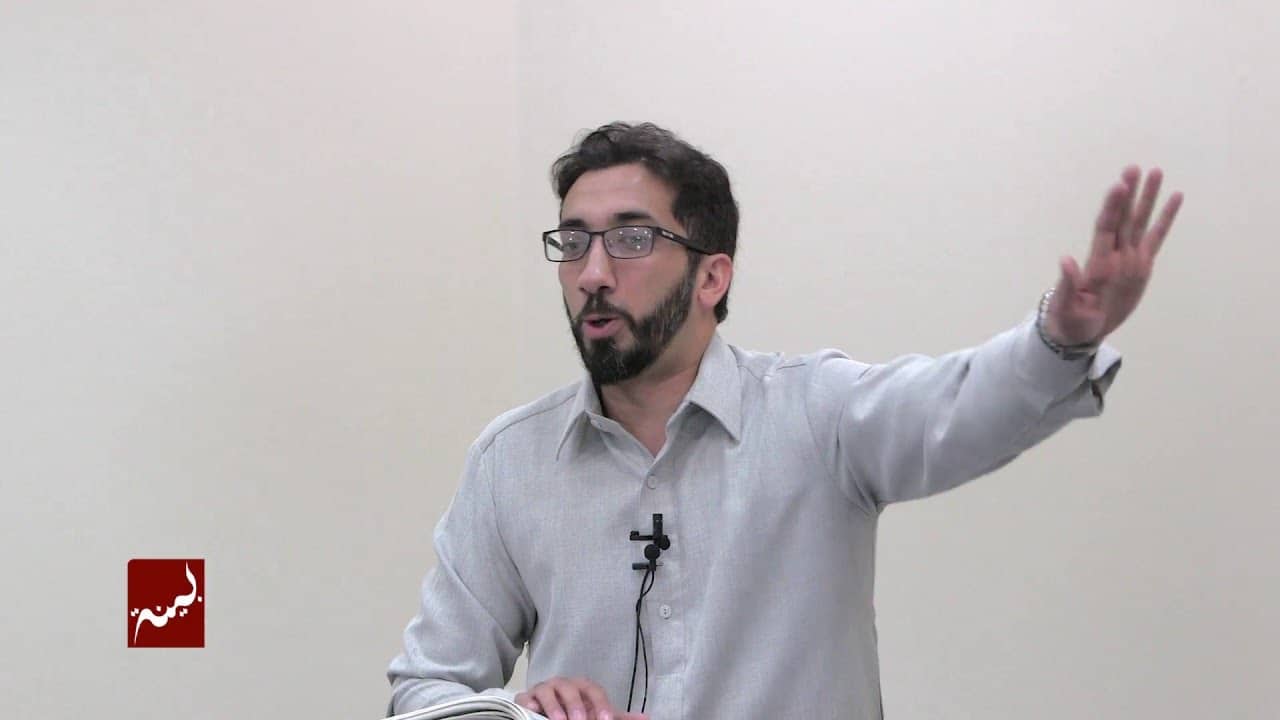 When applying for a job or trying join an organization or other similar examples we try to get recommendations from individuals who we think will help us attain this goal. What about Allah’s recommendations? Ustadh Nouman Ali Khan explains. 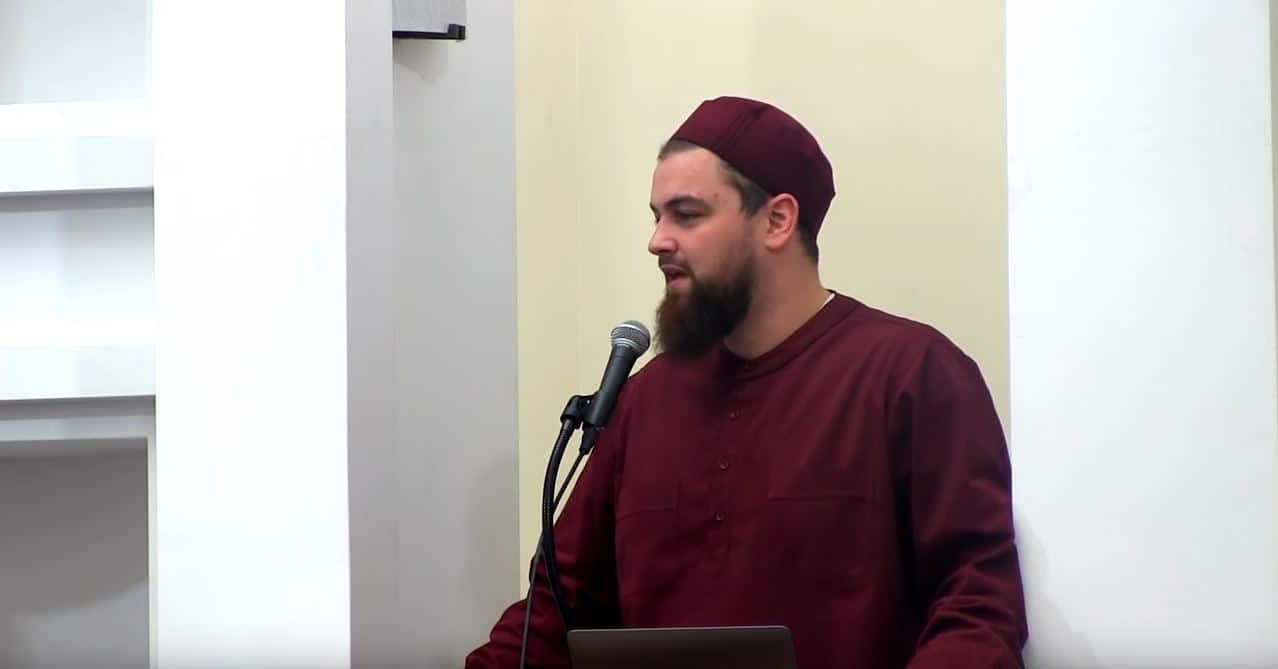 Is might right? In order to show strength you must be tough? Ustadh Murphy discusses this looking at the best example, Prophet Muhammad, peace and blessings of Allah be upon him. 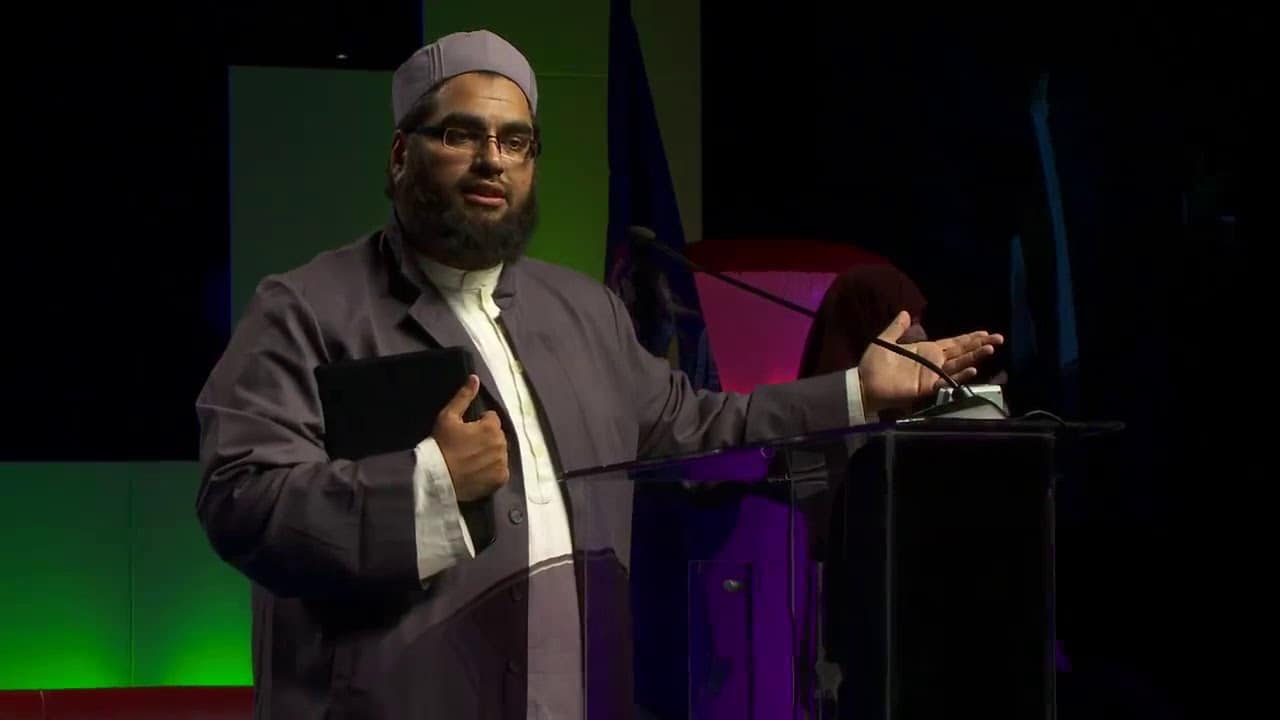 Wherever Islam has gone it has produced wondrous beauty, a reflection of inward and outward excellence (ihsan), from the arts to human character. This session will move us to rediscover the meaning of beauty, and how to achieve and manifest it in the making of Muslim American culture. 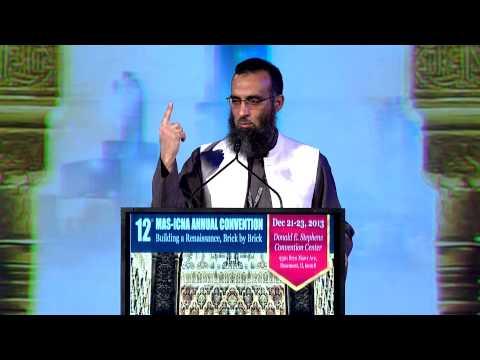 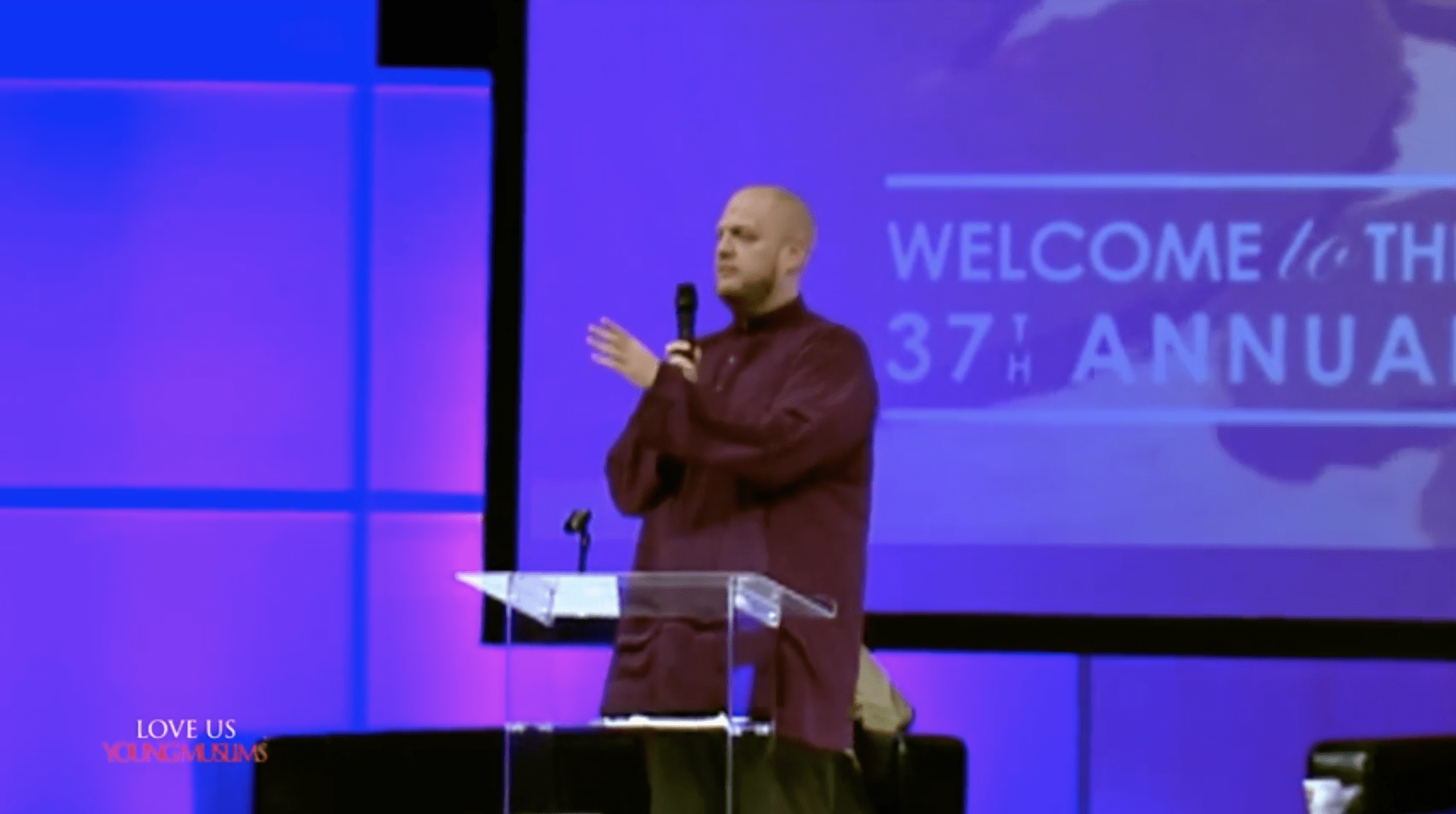 Can I be like the Prophet? Abdul Nasir Jangda

In this talk, Sh. Abdul Nasir discusses the noble character of the Prophet Muhammad (peace and blessings of Allah be upon him) and how we can strive to be like him.

Domestic Violence Has No Place in Islam: Importance of Rights & Conduct Faraz Rabbani

Shaykh Faraz Rabbani spoke on the absolute impermissibility of domestic violence, the importance of the rights of others, the grave consequences of wrongdoing, and upholding the excellence of character in his Friday Sermon at the Brampton Islamic Centre, December 09, 2011. He shows clearly how there is absolutely no place for domestic violence–nor any unjust or wrongful conduct–in the religion of Islam; and that the Prophetic way is to uphold excellence of character, as a means of seeking the acceptance and pleasure of God.

Righteousness In A Bottle Wisam Sharieff

An energetic, moving lecture that asks the audience to be self-reflective, humble and sincere in faith. Have we learned the lessons from Shaitan’s arrogant fall from grace? Do we have the proper attitude that would ensure success for our family, our community and our own self? And are we truly implementing the spirit of Islam’s teachings in our daily lives? Another motivating, captivating address by Imam Siraj that is ideal for anyone seeking to become more conscious and fearful of Allah. A great lecture for rekindling the spirit of all Muslims, young and old! Other topics discussed: trust in Allah, working for the future, the spirit of the prophets, sacrifice and charity, and having good intentions. (Duration: 53 min)

Lessons in Leadership: Humility in Actions and Intentions Wisam Sharieff

Contentment: the Property of the Believers Yahya Rhodus

The Fitnah of Wealth, Power, and Family AbdulBary Yahya 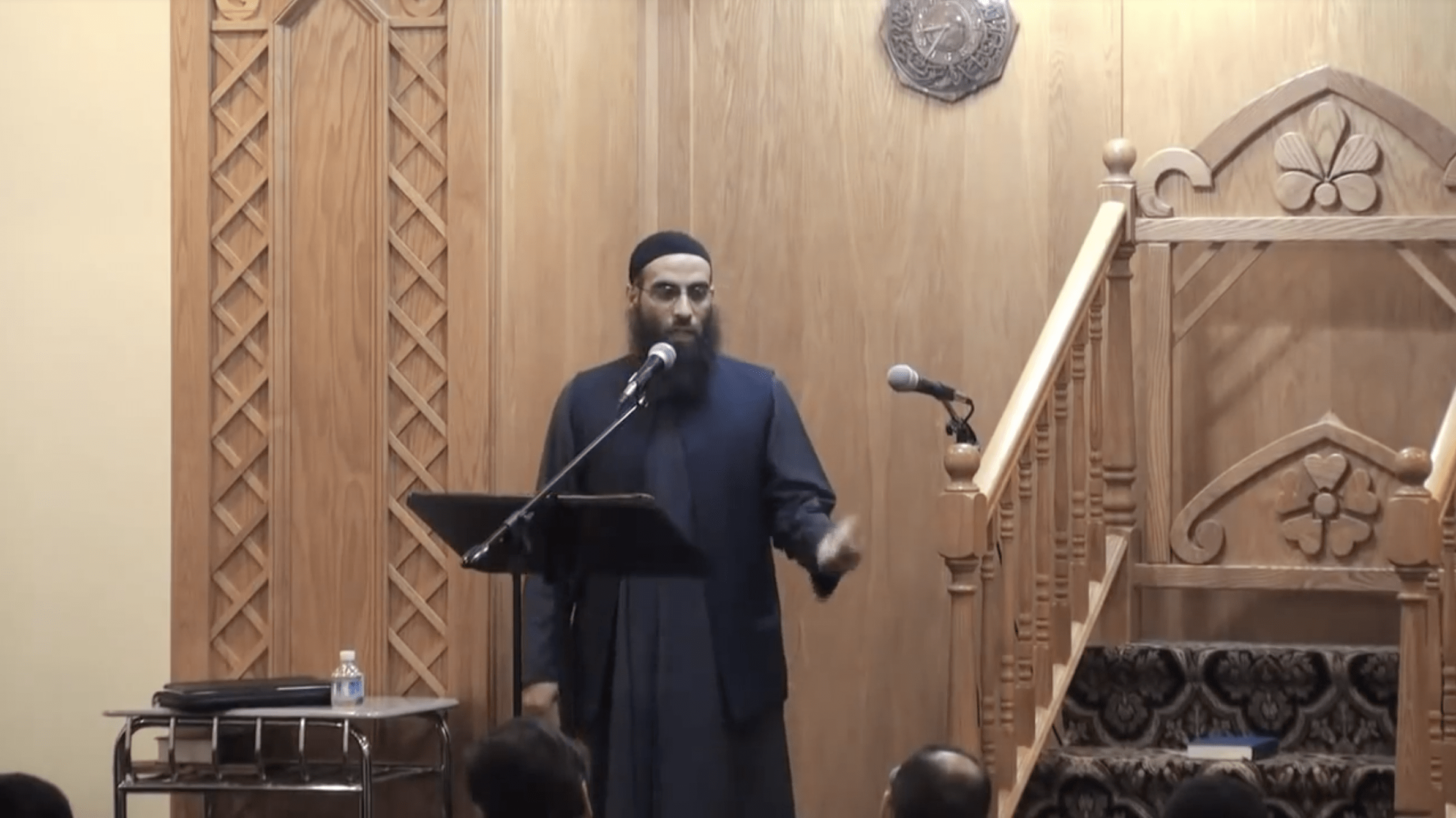 What Happened to Poetry? Hamza Yusuf

Yassir Fazaga – The 6 Cs of Character 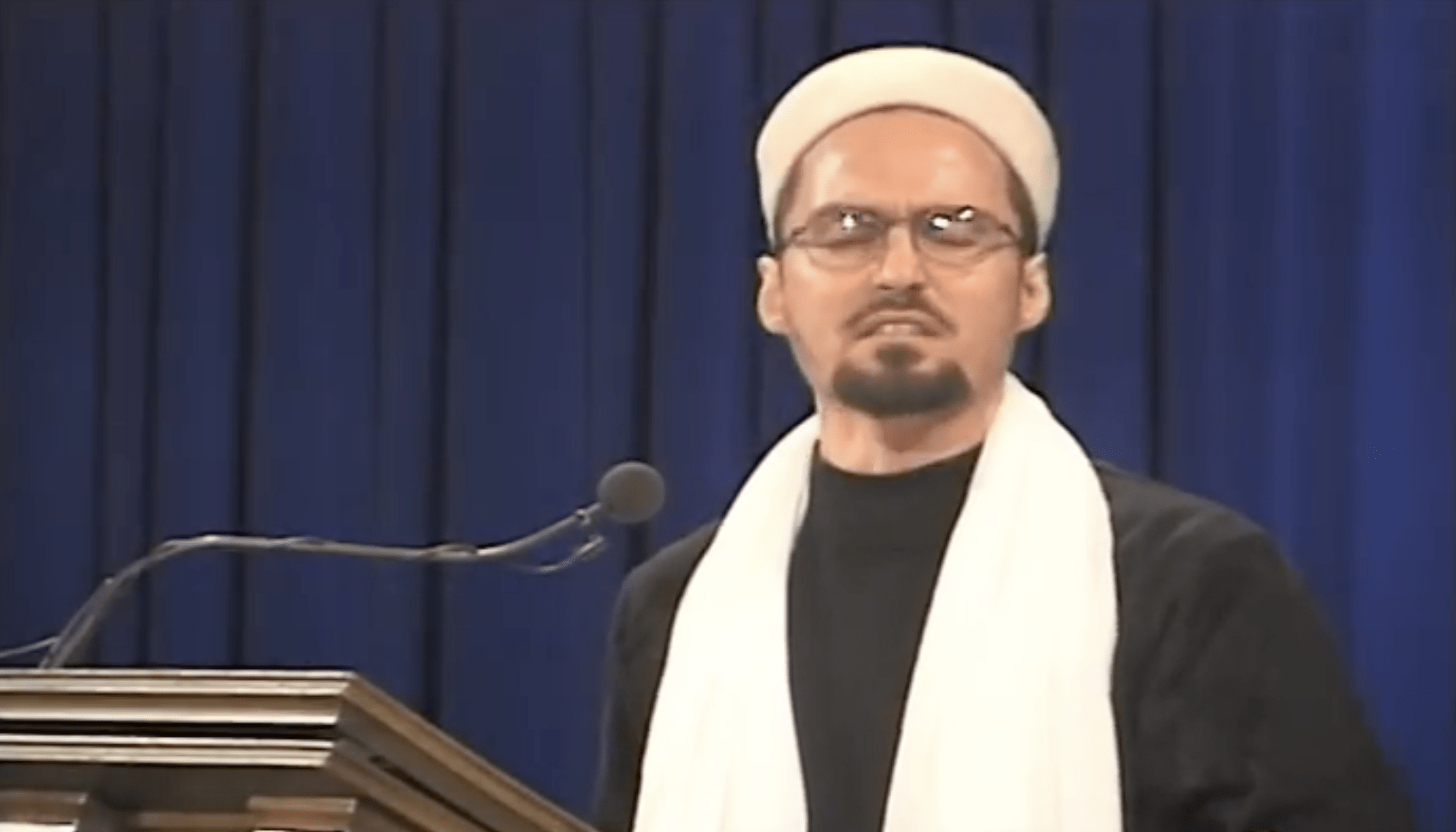 In The Footsteps of The Prophet (s) Hamza Yusuf

Hamza Yusuf implores the audience to consider the major crisis of our time: the disillusion of the human soul itself. He then presents a program based on a hadith in which the Prophet (P) said, “I was sent to perfect noble character.” In this context, he outlines the two primary concerns of the Muslim, the heart and the limbs, and the need to follow in the footsteps of the Prophet (P) by utilizing his divinely-inspired methodology to guard them. 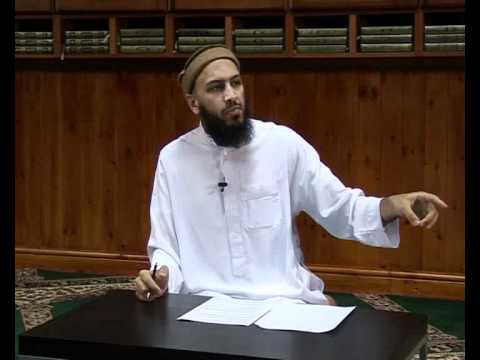